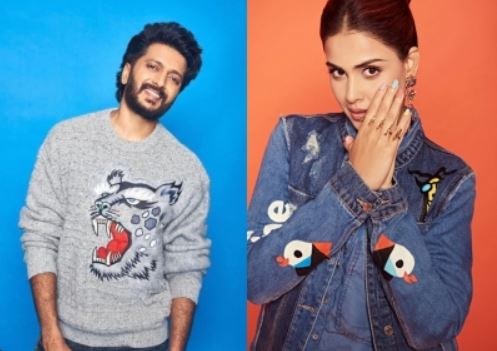 Mumbai: Even as ‘Bigg Boss OTT’ nears its finale, clearing the way for the television format to be hosted by Salman Khan, the latest news from the ‘house’ is that architect-actor Riteish Deshmukh, who was last seen in ‘Baaghi 3’ with Tiger Shroff and Shraddha Kapoor, and his wife Genelia will share the spotlight with the host Karan Johar on Saturday, September 18.

And of course, after the eviction of Neha Bhasin, the five remaining contestants — Pratik Sehjpal, Divya Agarwal, Nishant Bhat, Raqesh Bapat and Shamita Shetty (whose abrasive behaviour has attracted much attention) — are all working hard to look glamorous and raise the show’s oomph quotient.

If the show grapevine is to be believed, the Deshmukhs are likely to announce the winner (or winners), who will the get an opportunity to move on to Salman Khan’s ‘Bigg Boss’ house.

Dancing with Kirti Sanon reminds Amitabh Bachchan of his…