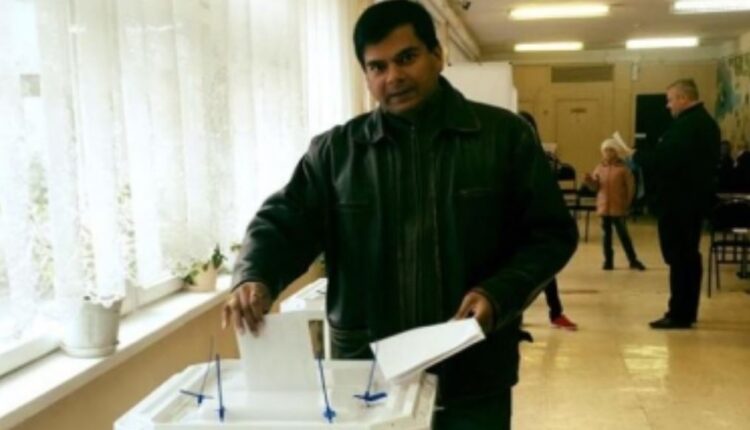 Patna: As the Russia-Ukraine conflict rages, Bihar-origin Russian legislator Abhay Singh claimed that the government and people of Ukraine are not behaving correctly with Indians in the country, especially with students.

“The Ukrainian authorities and common citizens are not treating Indian students and Indian people in the right manner. It is a kind of racial approach towards them. They are not allowing many students to board the trains and buses from their big cities like Kiev and Kharkiv,” Singh, who is a member of the ruling Yedinaya Rossiya (United Russia) party, told IANS over phone.

Reacting to the death of an Indian student in Kharkiv, he said: “It is extremely unfortunate that a student from Karnataka died in shelling. I pay condolences to his family.”

Asked about the nature of Russian President Vladimir Putin, Singh, who hails from Boring Canal road in Patna near the Panchmukhi temple, pointed out that he is a very calm and determined person.

“He makes pin point policy on every front, including ongoing special military operations against Ukraine as well as the previous operations. He worked as a spy in the KGB before entering politics and becoming the President of the country. Past experiences always help a person take decisions in the interest of the country,” Singh said.

Singh, who is currently staying just 40 km away from the Ukrainian border in Russia’s Kursk province, said: “Our defence system is well-placed inside the country. Our armed forces have installed anti-missile systems and radar systems in almost all the places, especially in the borders with Ukraine to minimise threats of missiles if launched by Ukraine or any other country of the west, including the US. We are ready to face any military action from the west and retaliate against them accordingly.”

On economic sanctions imposed by the Western powers, he said: “Before the Russian special military operation started against Ukraine, our strategic and economic policy makers were well-aware of the consequences. The Russian economy is one of the biggest in the world.

“The economic sanctions of the US and Western countries would not hamper our internal financial operations and special military action against Ukraine. There is no panic among Russian people to take out cash from the banks. This is absolute rumour. Everything is normal here.”

Reacting to the US advisory for its people living in Russia to leave the country, he said that he has not seen the statement of President Joe Biden about the same.

“If any such advisory came from the west, it is attributed to create propaganda against Russia and nothing else,” he said.

Neem tree-based drugs may be beneficial in fighting against Covid variants: Study