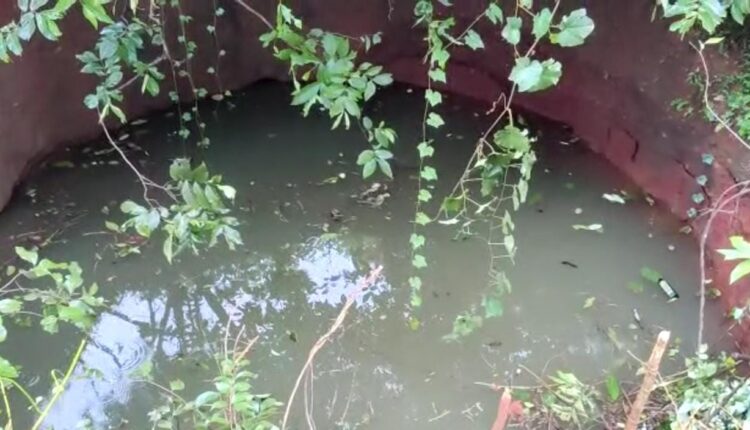 Sundargarh: Not wearing a face mask in a public place proved costly for a truck driver as he died after falling into an abandoned well while fleeing from police.

The incident occurred at Bhanjapali village under Koida police limits in Sundargarh district on Tuesday evening. The body was recovered from the well in the morning today.

The deceased person has been identified as Jhulan Choudhury, a resident of Jahanabad village in Bihar.

According to reports, the 28-year-old youth Jhulan along with some truck drivers and helpers was having tea at a tea stall at Bhanjapali village at around 8.00 pm yesterday. After seeing congregation at a tea stall, a police patrolling team stopped there and found many truck drivers had not worn face mask violating the COVID-19 guidelines. They threatened the violators for breaching the rule. Fearing police action, Jhulan along with other truck drivers started running from the place towards village.

While trying to hide in the dark night from the police, Jhulan reportedly fell into an abandoned well. After a few hours, his friends and relatives searched him everywhere and found his shoes floating in the water.

On receiving information, the fire services personnel reached the spot this morning and recovered the body.

Source said that the Jhulan was working as a truck driver in Koida. He is survived by a 3-month-old son and 2-year-old daughter.