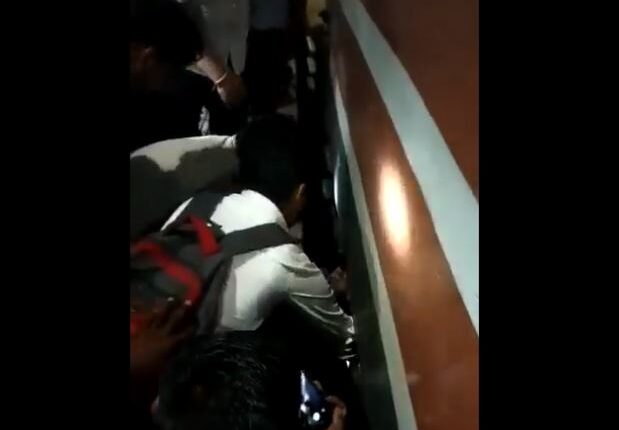 Patna: A youth travelled around 190 km perched precariously under the engine of the Sarnath Budh Purnima Express Train in Bihar before he was rescued at the Gaya station but fled before he could be questioned, an official said on Tuesday.

The youth was spotted by the train driver at 4 a.m. on Monday when the train reached Gaya railway station. In a statement to the Railway Protection Force, the driver said that he heard a human screaming from somewhere below, immediately went to check it with a torch light, and spotted a person in a narrow space underneath the traction motor.

“I immediately called Railway Protection Force personnel to extricate him. The youth looked mentally unstable. His health has deteriorated due to extreme heat generated from the engine. When RPF personnel were taking him out, he was asking for water,” he said in his statement.

The railway officials failed to find the youth’s identity as he managed to flee from the spot soon after he was rescued.

The railway officials are yet to ascertain from where he boarded inside the engine.

The train starts from Rajgir and he probably climbed inside the engine in the railway yards.

From Rajgir to Gaya, the Sarnath Budh Purnima Express Train has six stops, ranging from two minutes to 10 minutes. The train has a maximum stoppage of 10 minutes at Patna Junction railway station.

Officials ruled out the theory that someone can get underneath the engine in a duration of 2 to 10 minutes, especially when the engine is in a running position.