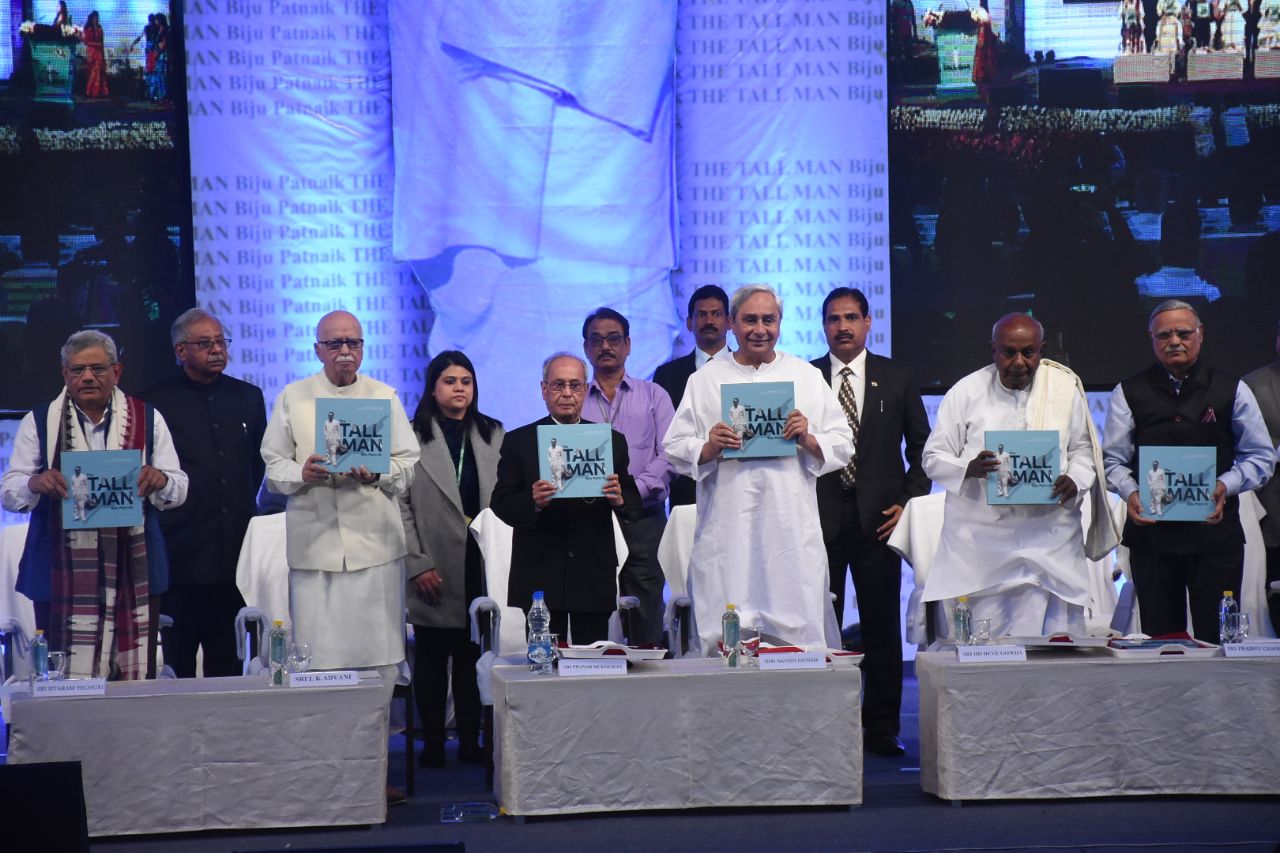 Gowda said this during his address on the occasion of inauguration of unveiling of pictorial biography ‘The Tall Man Biju Patnaik’.

He described Bijayananda Patnaik aka Biju Patnaik a towering personality in the Indian politics. He further added that the union government should confer the Bharat Ratna award on Biju Patnaik for his contribution to the nation.

“He deserves the highest civilian award of India,” he demanded.

Worth mentioning, Odisha Assembly had also adopted a resolution for Bharat Ratna to Biju Patnaik. Besides, BJP MLA Dilip Ray had also written to Prime Minister Narendra Modi in this regard.

Former President Pranab Mukherjee described Biju Patnaik as a legend in his life time and a true nationalist.

“Biju Patnaik was a legend in his life time. He became a legend because of his contribution. He is not confined to the territory of Odisha. He belongs to the people of whole India,” said Mukherjee.

He also remembered his association with late Biju Patnaik, the former Chief Minister of Odisha, while he was deputy chairman of planning commission and minister at centre. “We worked in close cooperation and I realized his support on an issue to any political party in whichever party s/he may belong to. On many occasions, I had the privilege to work closely with him,” he added.

“I have unveiled many books in my life. But, I haven’t done like this before. I don’t think I have got so much pleasure in inaugurating ‘Tall Man’ than any other book release. It is indeed a memorable moment where five stalwarts have been invited to the event who were not only close to him but also have enormous love and affection for him,” the BJP veteran said.

CPI (M) General Secretary Sitaram Yechury said, “Biju Babu was all along for secular forces. If we think for today again, it would be a great tribute to him.”

Biju Patnaik’s son and Odisha Chief Minister Naveen Patnaik said Biju Babu is an idea in continuity, idea of realising the breadth of human aspirations, an idea of Odia self esteem, selfless service and empowerment.

Senior journalist and editorial director of The New Indian Express Prabhu Chawla reviewed the biography while the book release ceremony was presided over by Biju Patnaik’s son and Odisha Chief Minister Naveen Patnaik.

Notably, the book has been authored by noted writer Sundar Ganesan.