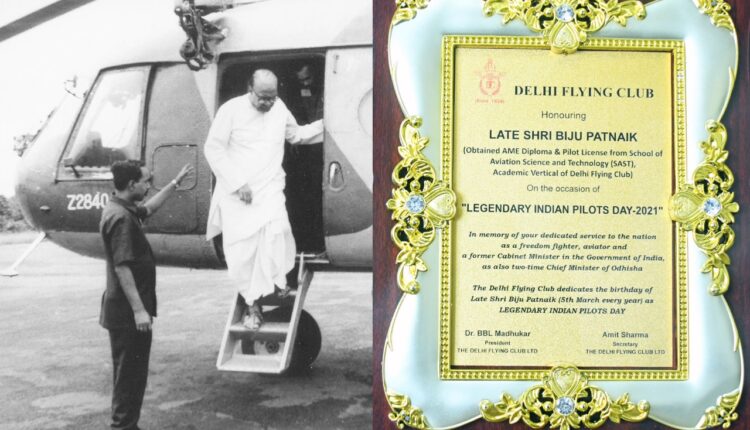 In a video message released on the occasion, Odisha Chief Minister and Biju Babu’s son, Naveen Patnaik said, “The Delhi Flying Club is an iconic flying institution of India from where Biju Babu received his flying license. The people of Odisha and India owe to the Delhi Flying Club for adventures of Biju Babu in aviation.”

Biju Babu’s tryst with the Delhi Flying Club created an epoch in the aviation history of India, the Chief Minister added.

Among many of Biju Babu’s dare devil actions in the air, his role in Indonesian freedom movement is the most celebrated.

His heroic act at Srinagar during Pak aggression in 1947, his help to Soviet Red Army during the Second World War and his support to leaders like Jayprakash Narayan, Aruna Asaf Ali by ferrying them to different places during freedom struggle are a few instances of his undaunted spirit, the Odisha Chief Minister said.