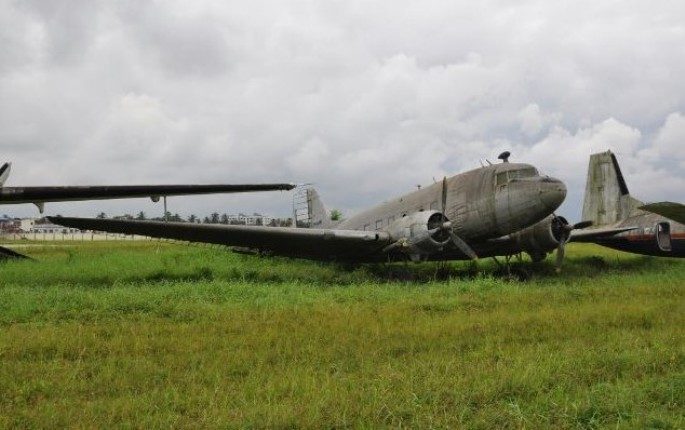 Bhubaneswar: The Odisha government has initiated the process to bring back an iconic Dakota aircraft from Kolkata to Bhubaneswar.

The aircraft was used in the historic rescue operation of a former Indonesia Vice President and Prime Minister in 1947. Now, the aircraft is lying neglected in an abandoned corner of the Netaji Subhas Bose International Airport in Kolkata.

“We have initiated the necessary steps to bring back the iconic aircraft from Kolkata. The works department has been asked to finalise the tender to be floated to bring back the aircraft,” Odisha Transport and Commerce Minister, Padmanabha Behera, said on Friday.

The aircraft will be placed near the statue of Biju Patnaik at the Bhubaneswar airport. For this, the Airport Authority of India (AAI) has been requested for approval, Behera said.

According to officials, the transport and commerce department has submitted a request for proposal (RFP) to the works department for its nod. The RFP will be issued soon to engage an agency for the smooth transportation of the aircraft.

Biju Patnaik had used the Dakota aircraft to rescue former Indonesia Vice-President and then Prime Minister Sutan Sjahrir from the Dutch military back in 1947.

The erstwhile Kalinga Airlines had 18 Dakota aircraft. The aircraft were used in the Kashmir operation in 1947-48 for ferrying troops, medical assistants and other supplies to Srinagar.

Of these, 12 have been completely damaged, one is kept at the Kolkata airport, one at the Chhatrapati Shivaji International Airport in Mumbai, while the Indonesian government has kept one. However, there is no information about the remaining three aircraft.