Besides being a social reformer and politician, Biju Patnaik was also a highly skilled pilot who flew planes and undertook high-risk missions ahead of the country’s Independence. 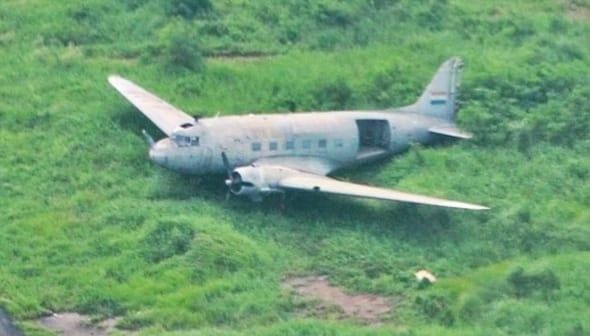 Bhubaneswar: After making efforts for the last two years, the Odisha government is finally all set to bring to the state the iconic Dakota aircraft of former chief minister Biju Patnaik from Kolkata. The move was facilitated with the Airport Authority of India (AAI) having agreed to hand over 1.1 acre land on the premises of the airport here for the purpose.

According to a senior official, attempts were being made in the last two years to transport the aircraft to Odisha and tender was also floated for the initiative, but the plan was disrupted by the COVID-19 pandemic.

“The administration is now all set to complete the process as the AAI, at its recent board meeting, accepted the state government’s proposal to lease out 1.1 acre of land for setting up a memorial, where the aircraft will be put up for display,” the home department official said, adding that the aircraft, which is 64 feet and 8 inches long with its wings stretching to 95 feet, will be dismantled for transportation by road to Bhubaneswar from the Kolkata airport. The parts will then be reassembled here after necessary repairs, he explained.

Besides being a social reformer and politician, Biju Patnaik was also a highly skilled pilot who flew planes and undertook high-risk missions ahead of the country’s Independence.

Director of Biju Patnaik International Airport (BPIA) Prasanna Pradha said that the AAI has given its “go-ahead” to build the memorial as a mark of tribute to the iconic leader. “The Dakota aircraft will be placed at the memorial for public viewing. The plane has undergone much wear and tear over the years,” he added.

Dhir also said that the former CM had used this particular aircraft, currently parked at Netaji Subhash Chandra Bose International Airport, to rescue then Indonesia’s the then prime minister Sutan Sjahrir and vice president Mohammad Hatta during a period of turmoil in that country in April 1947. A grateful Indonesia had twice decorated Biju Patnaik with its highest civilian honour ‘Bhumiputra’ for the feat.

Patnaik, before joining active politics, had set up Kalinga Airlines that operated from Kolkata. The private airline operated nearly a dozen airplanes, including Dakotas. The ace pilot, who is the father of Odisha’s current CM Naveen Patnaik, was also a member of the Royal Indian Air Force under British Rule.

He clandestinely flew Indian freedom fighters from one location to another, the historian said.