The youth was riding the bike in high speed and without helmet. It is suspected that he was racing with another motorcyclist that led to the accident. 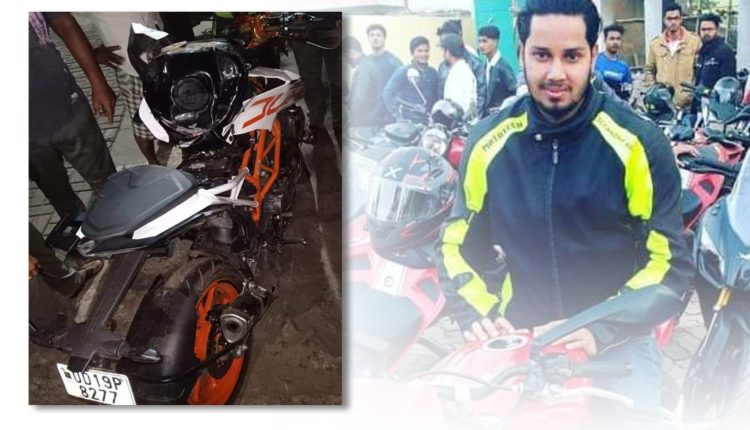 Angul: Bike racing took a tragic turn after a youth was crushed to death while another left with severed leg after the former’s motorcycle hit a cyclist at Dera area in Talcher last night.

Sources said one Abinash Jain of Central Colony in Talcher Town was racing with another bike at around 8 PM last night. Midway, the speeding motorcycle lost control and hit a cyclist crossing the road near a petrol pump at Dera. The intense of the clash was so high that Jain died on the spot while the cyclist’s was grievously injured with his leg severed, said an eyewitness.

The cyclist was first rushed to Central Hospital in Talcher and later shifted to SCB Medical College and Hospital in Cuttack.

Police sources said prima facie, it is clear that the youth was riding the bike in high speed and without helmet. It is suspected that he was racing with another motorcyclist that led to the accident. However, investigation is underway to ascertain the exact cause behind the accident.   .