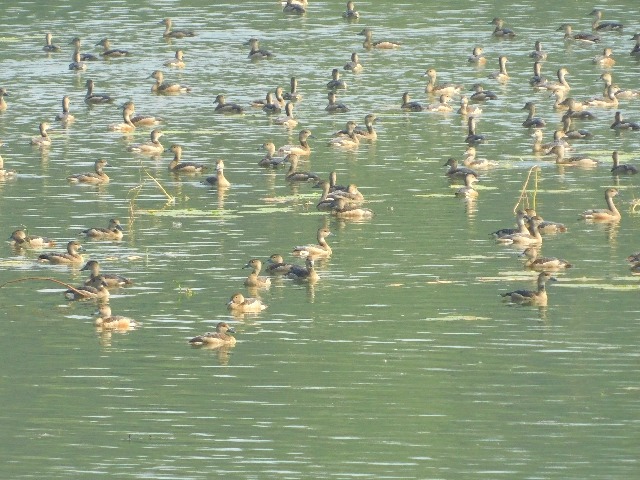 Bhubaneswar: Over 10,000 migratory birds of 19 species arrived in Chandaka forest during this winter, out of which five new species enhanced the beauty of the forest and elephant sanctuary.

According to bird census that concluded yesterday, the number of migratory birds declined by only 133 this year. Total 10,114 migratory birds have arrived in various lakes and water courses in Chandaka forest this year, while the number was 10,247 in previous year.

Amidst the growing number of ‘concrete jungle’ in the city, the influx of migratory birds in large number to the forest, on outskirts of the city, during the winter is definitely a good news for the lovers of Nature.

Sources in the forest department said that the birds of 73 species were the guests in Chandaka sanctuary this year, out of which 19 species were the migratory birds from the places like Siberia and Afghanistan. Five new species of birds — Spur-winged plover, Black Tern, Bar-headed goose and Grey-headed lapwing — were spotted in the forest.

Like every year, Pochard, Swan, Large Whistling teal, Openbilled stork, Pelican, Flamingos, Cormorant and Pintel were among the birds spotted in Chandaka this winter.

The bird census was conducted by 11 teams comprising forest officials and 35 others including students in 21 places in the forest yesterday. The birds were counted in various places including Kumarkhunti, Ambil, Kajalaganda, Deras, Jhumuka, Jaria, Godibari and Bharatpur area in Chandaka.