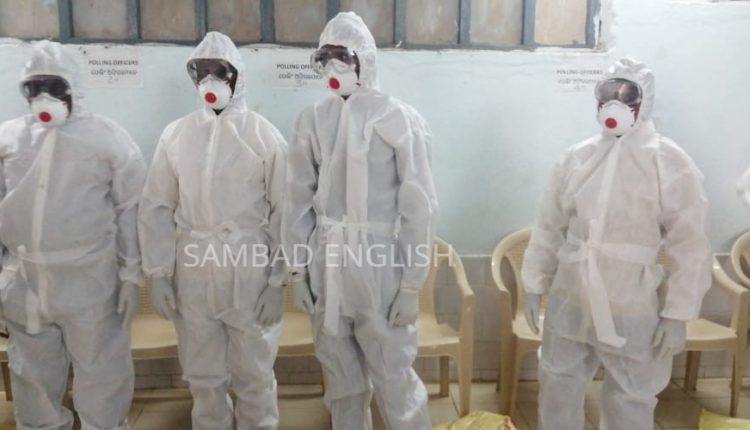 Bhubaneswar: Following detection of avian influenza or bird flu in the poultry farm of the University of Agriculture & Technology here, culling of chicken began today.

The culling will be conducted within one kilometre radius of the poultry farm located inside the campus of the College of Veterinary Science & Animal Husbandry at Siripur here. To carry out the culling operation and surveillance measures, 12 Rapid Response Teams (RRTs) have been formed with qualified veterinary doctors and para-veterinarians. Seven teams will be engaged for culling operation and the other five will carry out surveillance measures outside.

The RRTs within 1 km radius of the infected site will cull the poultry birds in the OUAT poultry farm and shops and establishments in the infected zone. “We had sent the blood sample of the birds to the High Security Animal Disease Laboratory (HSADL) in Bhopal and these were tested positive to the H5N1 virus,” said Prof Sushen Panda of the OUAT.

An official of the Fisheries and Animal Resources department said, “All the poultry birds within one km radius of the infected site will be culled and disposed of by deep burial method with application of disinfectants like lime and bleaching powder”.

Panda said the blood sample was sent to for the test to the HSADL following unusual death of chicken in the poultry farm. “So far, about 1500 birds have died in the farm and they were buried deep inside the ground,” Prof Panda said.

The OUAT authorities have sealed the poultry farm which houses above 15,000 chickens. The government also appealed people not to panic over the bird flu outbreak as all measures were being taken for its control.

Meanwhile, authorities of Nandankanan Zoo have decided to close the walk-through aviary for visitors from January 28 until further order as a precautionary measure against Avian Influenza.