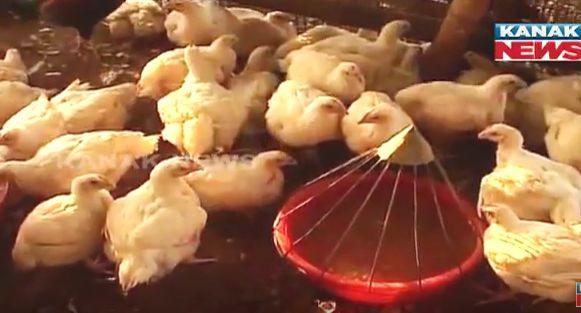 The deadly H5N1 virus rears its ugly head in Odisha capital as blood samples of dead crows have tested positive for the avian influenza. The samples were sent to National Institute of High Security Animal Diseases (NIHSAD), Bhopal.

Around 53 crows were found drop dead in Bhubaneswar in last two weeks following which blood sample of some crows and poultry were sent to NIHSAD for H5N1 test.

However, chicken sample test reports have not come yet and no case of suspected death of chickens has been found. So, denizens of Bhubaneswar can eat chicken and egg without any hesitation, informed an official of Fisheries and Animal Resources Development Department (FARDD), Odisha.

According to a senior official of FARDD, blood samples of dead crows were sent from Panposh in Sundargarh district, Saliasahi in Bhubaneswar and ward no 2 in Baripada Municipal Corporation confirmed bird flu (H5N1) virus. Test reports of chicken and cranes have not come yet.

The state Housing and Urban Development (H&UD) department has issued a notification to take precautionary measures after bird flu was confirmed in Sundargarh, Bhubaneswar and Baripada.

It has directed to burn carcass of crows and cranes found in the state and to administer preventive vaccine to poultry.

Besides, it has asked to send blood samples of crows and cranes to the Animal Disease Research Institute at Phulnakhara on the outskirts of Odisha capital keeping local veterinary doctor in loop.

No chicken has been detected with bird flu in Bhubaneswar and we have not received death case of any chicken in the city, said Bhubaneswar Sub-Divisional Veterinary Officer Dr. Balaram Sahu.

We are administering preventive vaccine to chickens as a precautionary measure and till date 5000 chickens have been vaccinated, he added.