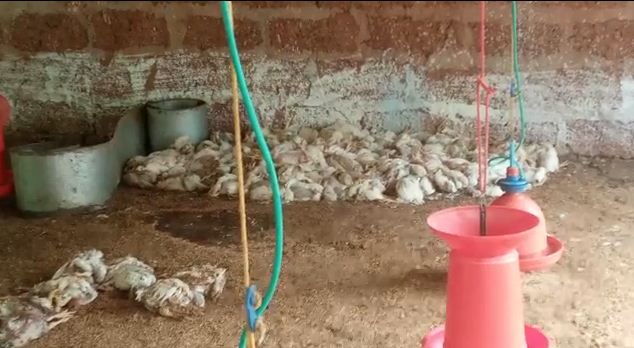 Khordha: Amid cases of bird flu in some states of the country, hundreds of chickens have died in Odisha’s Khordha district.

According to reports, the fowls died at a poultry farm located at Gobindapur village under Begunia block of the district during the last 2-3 days. The reason behind the deaths was yet to be ascertained. The mass death of chickens has left the residents of the locality panic-stricken.

On being informed, local Veterinary Officer reached the spot and took stock of the situation. Samples have been sent to Bhopal for test.

Chief Secretary Suresh Chandra Mohapatra had yesterday reviewed the bird flu scenario in the state. Odisha has not detected any bird flu case so far, the state government said.

However, the state government said the administration is prepared to control any possible bird flu outbreak in the state. Around 11,000 samples from different areas have been tested and no case has been found positive.

The Chief Secretary has directed to intensify surveillance activities. Mohapatra also directed to form a rapid response team at the state and district level for mitigating any possible outbreak.