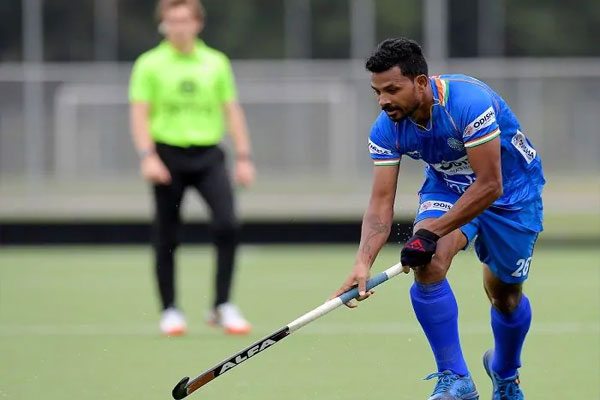 Bhubaneswar:  In a severe blow to Indian men’s hockey team, defender-drag-flicker Varun Kumar has been ruled out of the crucial FIH Olympic Qualifier matches against Russia after he sustained an injury on his shoulder and right bicep.

He will be replaced by experienced defender Birender Lakra for the matches scheduled to be held on Friday and Saturday at the Kalinga Stadium.

“Varun Kumar injured his shoulder and right bicep on Monday while training. He has been receiving treatment since then but unfortunately, it has not shown enough signs of improvement,” explained chief coach Graham Reid.

“Following the advice from our medical staff who have suggested that he requires rest for a few weeks before he returns to action. Hence, we have decided to replace him with Birendra Lakra, a class defender with over 170 international caps. He is very experienced and knows well the conditions in Bhubaneswar and is ready to play,” he added.