Bizarre! Accused flees with police vehicle; abandons it in forest 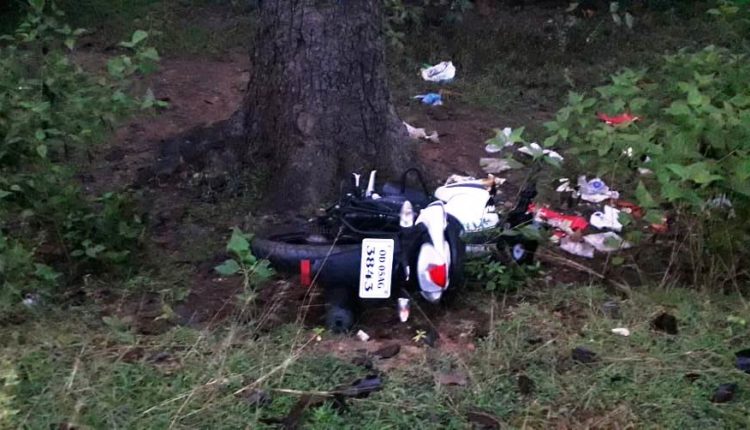 Baripada: Questioning the efficiency of police, an accused, who was arrested yesterday in connection with a road accident, allegedly absconded from a hospital in Mayurbhanj district taking a PCR bike.

The incident came to light after the motorcycle was recovered from a forest near Udala College in the district today.

Reportedly, one Sanjeev Jena of West Bengal was arrested in connection with a road accident near Kujidihi yesterday. After arresting him, two officials of Suliapada police station, including ASI Satyanarayan Barik and Havildar Dipenshu Das took the accused to Kostha Community Health Centre (CHC) for a routine medical check-up before producing him in court.

However, the accused somehow managed to flee the hospital by taking the patrolling bike from the premises and leaving his motorcycle on the spot. Sanjeev later abandoned the police vehicle bearing registration number OD05AG-3843 in a forest near Udala College and absconded. Though police recovered the bike this morning but have not nabbed the accused yet.

As per latest reports, Mayurbhanj SP suspended the ASI and Havildar for dereliction in duty in this connection.