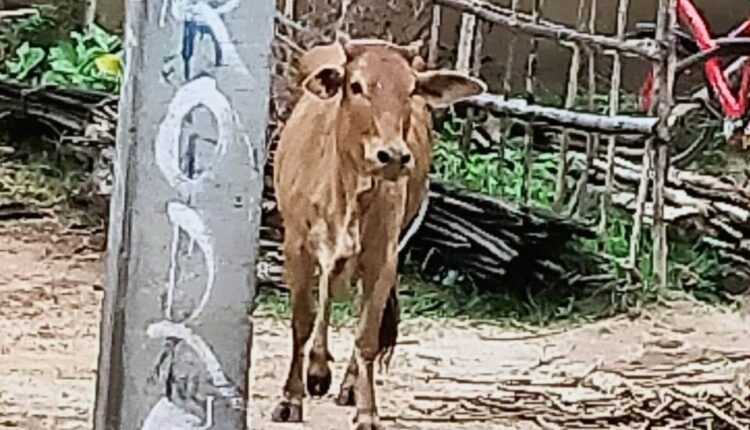 Boudh: In a bizarre incident, an elderly woman died after being bitten by a cow in Boudh district today. The deceased was identified as Bisakha Pradhan (80) and a resident of Bandhapathara village under Boudh police limits.

While Bisakha was standing near her house, the cow chased and bit her on Saturday evening. Some villagers, who were present near the spot, rescued the elderly woman from the cow in a critical condition. Bisakha succumbed to her injuries today morning.

A local said a few days back a mad dog bit the cow following which the bovine chased and attacked everyone in the village. Apart from the elderly woman, some other villagers were also attacked by the cow, the local added.

Another villager said the bovine that attacked the woman was found dead at one end of the village today.