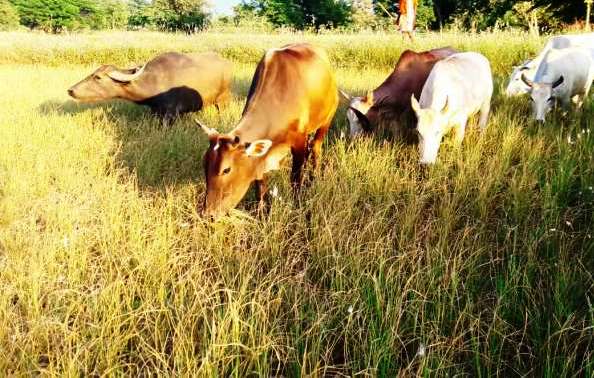 Balangir: In a bizarre incident, a family of Banharpali under Sadar police limits in Balangir district has allegedly been ostracized by villagers after a neighbour’s cow devoured vegetable crops cultivated on their farmland.

The matter came to fore after Jubak Kanda of the victim family lodged a written complaint with  the Sadar police in this regard recently.

As per the complaint, Kanda had cultivated long beans in his farmland. On October 9, the cow of one Radhakanta Pradhan of the same village strayed into his farmland and devoured the vegetable crops. Following this, an altercation had erupted between Kanda and Radhakanta. Later, Kanda filed a complaint with Sadar police in this regard. In a bid to settle score, Ramakanta allegedly asked the villagers to not talk with the family y members and cooperate them in any way.

It is also alleged that Ramakanata has allegedly persuaded the villagers not to buy ration items from his elder bother’s shop affecting livelihood of the family. He also alleged that a village meeting was held on October 11, where Ramakanta an other villagers unanimously decided that whoever talks to his family members will be penalized of Rs 10,000 cash.

“My family members are not being allowed to enter the village playground.  Fearing penalty, people are also refusing to work in our farmland,” alleged Kanda in his FIR.

He appealed to the cops to consider the matter and take stringent action in this regard.

However, the police officials could not be contacted to comment on the matter.

No birthday celebration for Odisha CM this year too