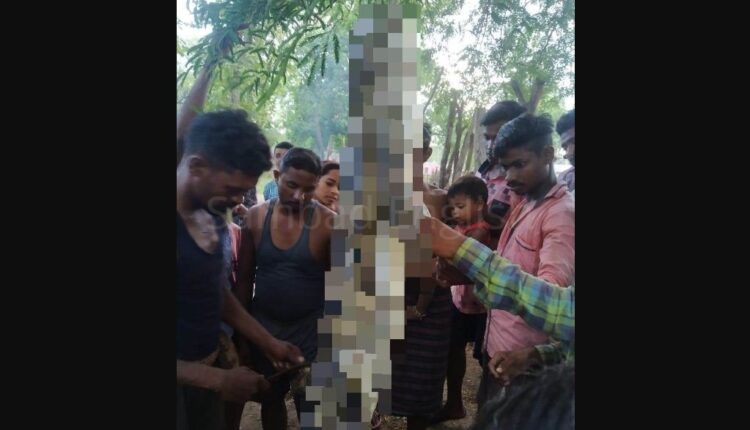 Malkangiri: Cruelty to animals crossed all limits at Kaldapalli under Padia police limits in Odisha’s Malkangiri district as some locals killed a crocodile and distributed the meat among villagers for cooking.

Videos and photos of the incident have gone viral on social media. According to reports, some youths of the locality yesterday brought a 10-feet-long crocodile from a nearby river to the village and tied the reptile.

They hanged the animal from a tree, following which locals gathered at the spot to see the crocodile. They killed the reptile by severing its fingers and later distributed the meat among some villagers for cooking.

Till last reports came in, the Forest Department was yet to take any action in this regard.