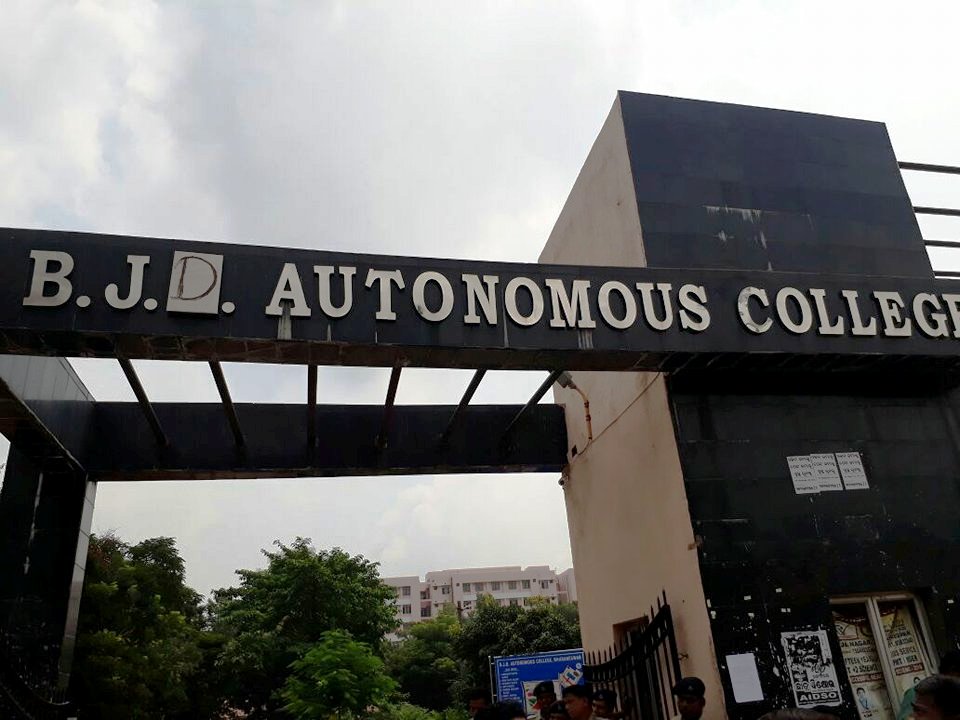 Bhubaneswar: Students of BJB Autonomous College in Odisha capital today resorted to road blockade and demonstration in front of the college by burning tyres as students’ union poll was cancelled and the college was declared sine die yesterday.

Some students were seen replacing the ‘B’ letter from the name of the college on the maingate with letter ‘D’ making it visible as ‘BJD Autonomous College’.

On the other hand, students have been asked to vacate hostels by today evening.

Notably, bombs were hurled near ladies hostel of the college on Thursday evening leading to tension in the campus.