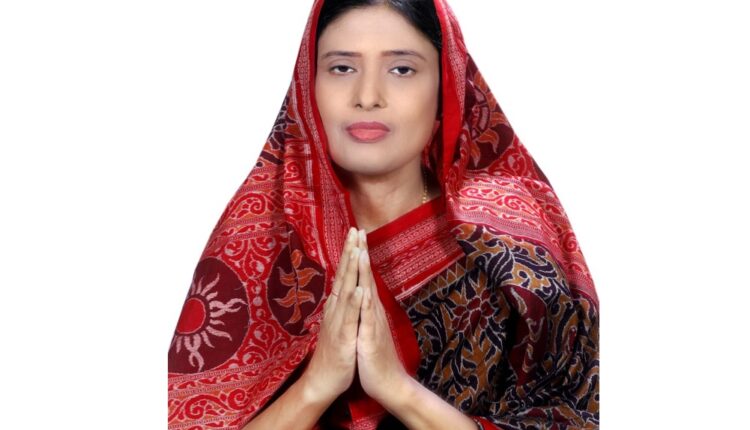 The ruling party fielded Alaka Mohanty, the wife of late MLA Kishore Kumar Mohanty,  as its MLA candidate for the by-poll scheduled on May 31, 2022.

On Sunday, opposition BJP had announced Radharani Panda as its MLA candidate for the bye-election.

Earlier, Congress had nominated Kishore Patel for the by-poll to Brajrajnagar.

Alaka will contest the election against BJP’s Radharani Panda and Congress’ Kishore Patel.

As per the notification issued by the State Election Commission, the by-poll to Brajrajnagar will be held from 7 am to 6 pm on May 31. The counting of votes will take place on June 3.

The Assembly seat is lying vacant since December 30, 2021 following death of Brajrajnagar MLA Kishore Kumar Mohanty, who passed away due to cardiac arrest.