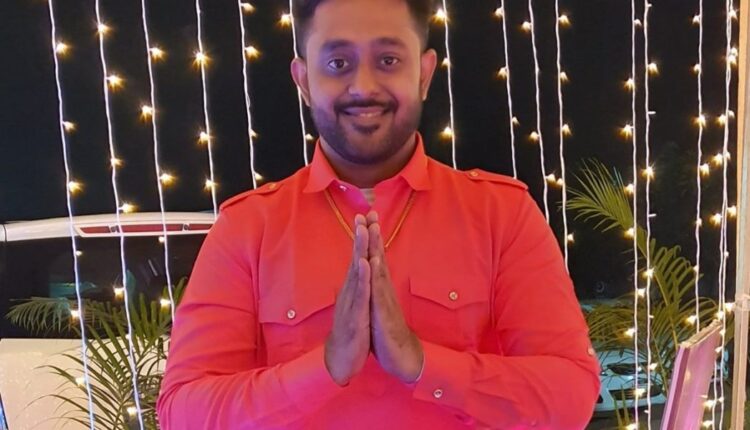 Rudra Pratap Maharathy is the son of late Pradeep Maharathy.

“Shri Rudra Pratap Maharthay, son of late Pradeep Maharathy, is the candidate of Biju Janata Dal for Pipili bypoll,” Patnaik announced at his residence in Bhubaneswar.

Soon after announcement, heavyweight leaders of the BJD including Debi Mishra, Pramila Mallick and Snehangini Chhuria were seen at residence of Rudra Maharathy in Pipili today.

“Rudra Maharathy will win by a huge margin of votes in the bypoll. The people of Pipili will vote for the BJD,” said Pramila Mallick.

Refuting speculations of rift in family of late Pradeep Maharathy over ticket distribution, she said, “All hopes to get ticket for the election. The family of late Pradeep Maharathy always stays united. Even as Rudra has been chosen by the party for the bypoll, all his family members including mother will stand as his pillar of strength in the election.”

The BJD candidate also cleared the air on conflict in family.

My mother’s blessing was and will always be with me. There is no need to convince her for support. It does not matter whether I or she gets the ticket for the bypoll as we all are one,” Rudra Maharathy told reporters.

His candidature was announced a day after the BJP fielded its candidate Ashrit Pattanayak for Pipili bye-election in Odisha.

The Assembly seat in Pipili is lying vacant after demise of Pradeep Maharathy in October last year.

The Congress is yet to announce its candidate for the bypoll.

10 Holi-themed songs to groove this Holi