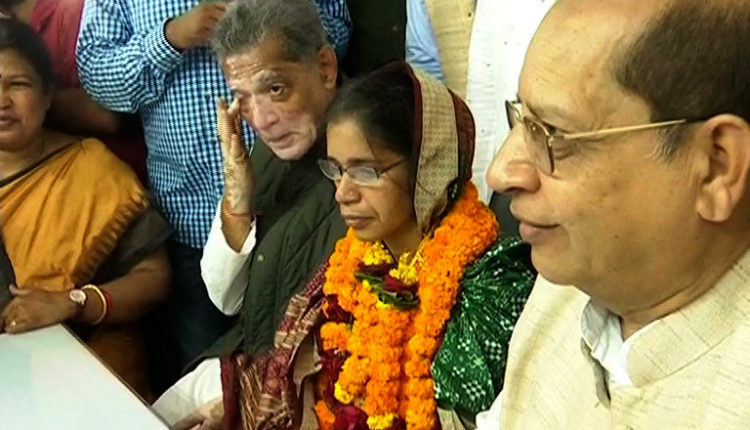 Bargarh: Rita Sahu, Biju Janata Dal’s candidate for the Bijepur bypoll and wife of late Congress MLA Subal Sahu, today filed her nomination papers for the election scheduled to be held on February 24.

Sahu, being accompanied by hundreds of BJD workers in a rally, reached the Padampur sub-collector office and filed the nomination in the presence of several party leaders.

Worth mentioning, Rita and her son Sumit had joined the conch party on September 23, last year.