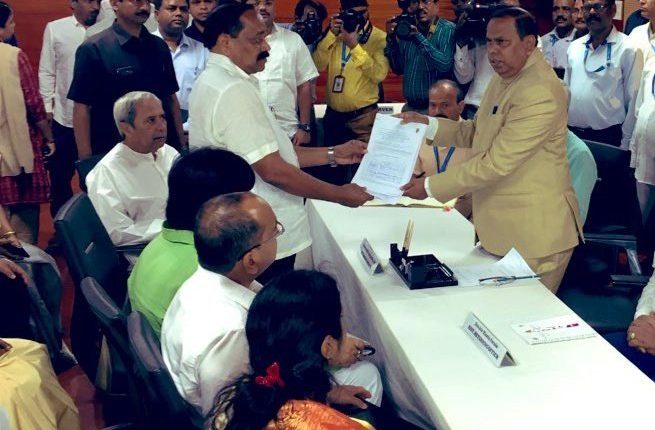 Subash Singh, chairperson of the Odisha Construction Workers Welfare Board, Munna Khan, advisor to the government on minority affairs, Sujit Kumar, advisor of Special Development Council (SDC), and Mamata Mahanta, a member of the women wing of the BJD in Mayurbhanj district, filed their nominations at the Assembly Conference Hall here in the presence of party supremo and Chief Minister Naveen Patnaik and Odisha Assembly Secretary Dasarathi Satapathy, who is also the Returning Officer.

The BJD with 113 MLAs in the 147-seat Assembly is all set to win four Rajya Sabha seats as Leader of Opposition and BJP legislator Pradipta Kumar Naik said the saffron party will not field any candidate.

Here are key dates of the polls: