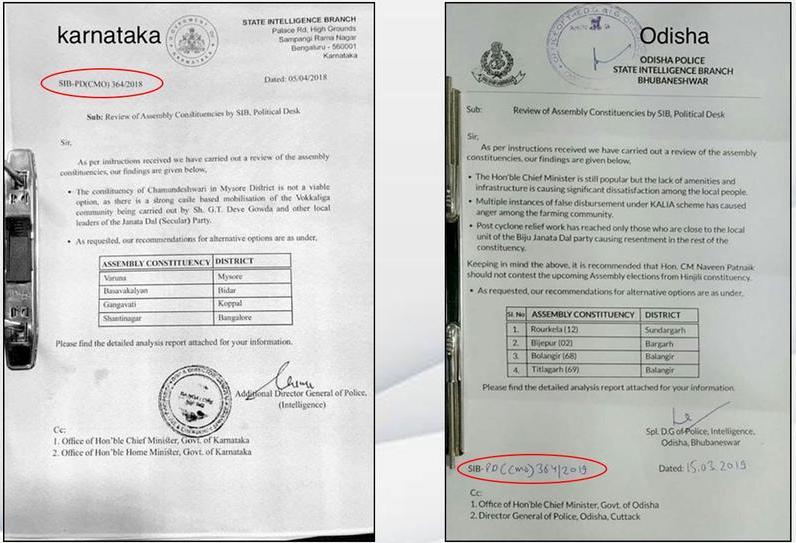 Bhubaneswar: A day after Bharatiya Janata Party (BJP) youth wing produced an intelligence report suggesting the Biju Janata Dal (BJD) supremo not to contest from Hinjilikatu Assembly segment in the upcoming polls, the BJD today debunked the report and accused the party of misleading public.

“A similar attempt was made by BJP in Karnataka during polls. The party made a propaganda that Siddaramaiah will leave his seat and contest from another segment. I am terming the document as fake because the letter numbers in both the papers are same. Nakal karne ke liye akal ki bhi jarurat hoti hai (you need to be smart enough while even copying something),” party spokesperson and Rajya Sabha member said.

“The document has been forged and an attempt to mislead public,” he added.

Acting on this, the Odisha police filed an FIR in this regard.

“A fake document purported to be assessment report of some assembly segments by Odisha Police Intelligence Department has been shown in a press meet by a political party. It is clarified that the document is absolutely fake & fabricated. An FIR is being registered in this matter,” DGP RP Sharma tweeted.

Worth mentioning, the advisory printed and stamped under the letterhead of Odisha Police State Intelligence Branch Bhubaneswar advised Naveen to pick from four alternatives suggested by it. They are – Rourkela, Bijepur, Balangir and Titlagarh.