BJD has mastered art of corruption in Odisha: Javadekar 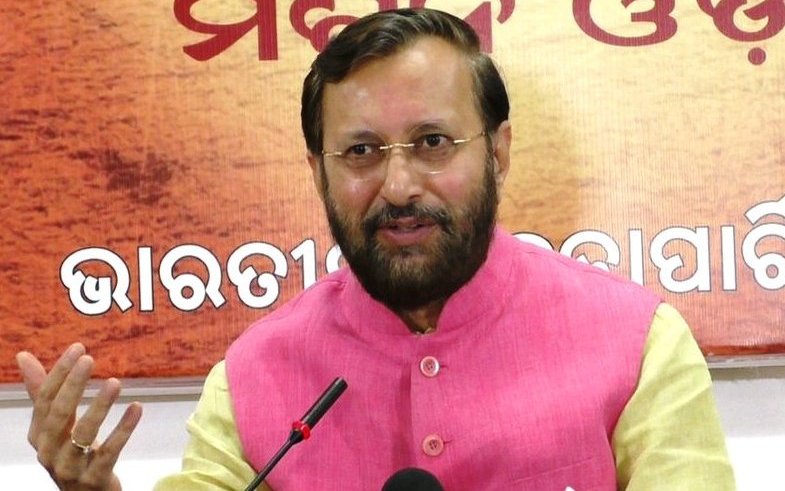 “The BJD government is ‘praveen’ (proficient) in corruption. The state government has promoted the chit fund scam in the state while the Chief Minister himself was found promoting the chit fund companies,” Javadekar told the media here.

Showing a photograph of the Chief Minister with a chit fund company owner, the Human Resources and Development (HRD) Minister alleged that about 50 MLAs were promoting the scam in the state.

He also took potshots at the state government for failing to disburse the Rs 300 crore announced earlier for the chit fund victims even though the commission constituted to probe the scam has already identified 75,000 victims.

The Union Minister said while the government has failed on all fronts, it has managed to earn good revenue by selling liquor in the state.

“There is less water, more liquor in the state. The excise revenue, which was Rs 141 crore, has surpassed Rs 2,700 crore in Naveen Patnaik’s regime. You are destroying the families of people and that’s why people are resentful against the government,” said the BJP leader.

Javadekar, who interacted with people in Bhubaneswar during his three-day tour, said the capital city is facing a drinking water problem while there is no treatment plant for waste management.

“The Naveen Patnaik government is preparing the priority list of beneficiaries from the list of all beneficiaries. Those who are giving bribe to the government, their names have been listed and they get the benefits of the schemes,” he alleged.

“I want to ask Naveen babu, where have you led Odisha during your tenure?” he stated.

Javadekar said Patnaik’s popularity has waned with the expose of corruption in the state.

“Naveen Patnaik is claiming to be popular with the support of a magazine. But the fact is there is no popularity of Naveen Patnaik.”