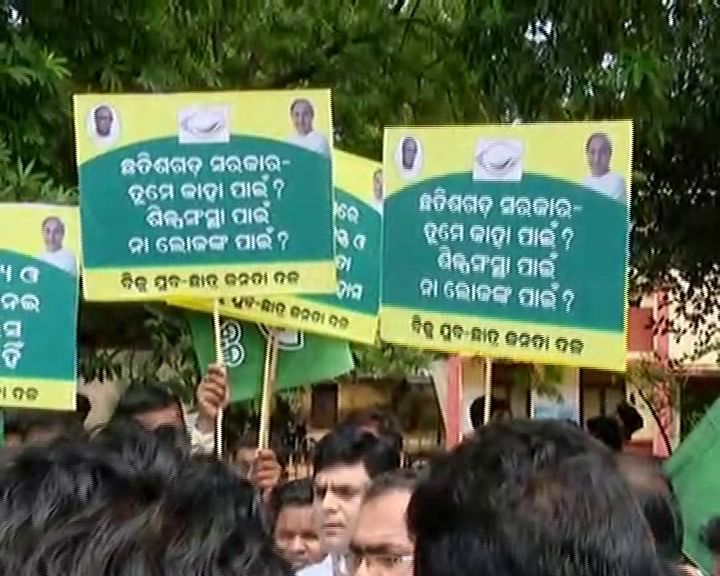 Holding placards, leaders and workers of the two wings marched from Special Circuit House here to the office of Additional District Magistrate (ADM).

They staged a demonstration there shouting slogans and burnt the effigy of VK Singh.

Notably, Chhattisgarh Commerce and Industry Minister Amar Agarwal at the ‘Sabka Saath Sabka Vikas’ programme at Burla with reference to a question on construction of seven barrages including Kalma upstream of Mahanadi had stated that Chhattisgarh was using Mahanadi water from its area and Odisha should use Mahanadi water of its area.

Agarwal had also said that construction of barrages had been going on for last seven years. “What was Odisha government doing then?” he had asked.

Similarly, during his Odisha visit, reacting to Odisha’s demand for special category status, Union Minister of State for External Affairs General VK Singh had said that the Centre had already launched a lot of welfare schemes for states, including Odisha.

“When the states are getting the required assistance, why is there a demand for special category status?” the Minister had questioned at a press meet at BJP state headquarters here.

GST to rollout on July 1, two-slabs for lottery, hotel rooms