BJD is with the Army, nation: Odisha MP on Pulwama terror attack 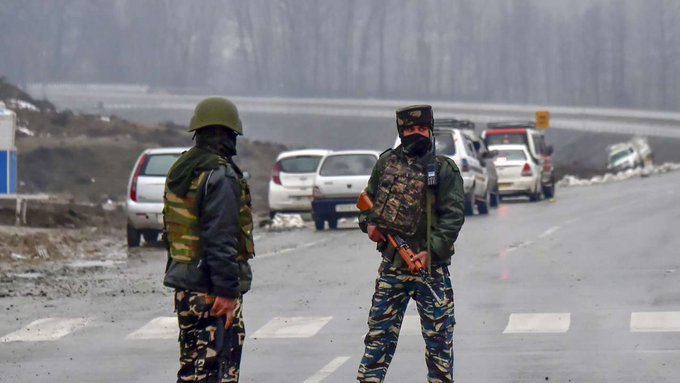 New Delhi: Odisha’s ruling Biju Janata Dal (BJD) today said it is with the Army and nation where the entire country is in a state of mourning after the worst strike on security forces claimed by Pakistan-based Jaish-e-Mohammed.

“BJD is with the Army, nation,” BJD MP Pinaki Mishra told mediapersons after the all-party meeting called by Union government at Parliament today underscoring solidarity with security forces for defending the country’s unity and integrity.

The meeting chaired by Union Home Minister Rajnath Singh passed a resolution on the dastardly terror attack in Pulwama two days ago in which at least 49 CRPF personnel were killed.

The parties passed a resolution on the ghastly attack perpetrated from across the border, without naming Pakistan.

“We strongly condemn the dastardly terror act on February 14, 2019 at Pulwama in Jammu and Kashmir in which lives of 40 brave jawans of CRPF were lost. We, along with all our countrymen, stand with their families in this hour of grief. We condemn terrorism in all forms and the support being given to it from across the border,” it said.

COVID control: Enforcement to be intensified in market areas…

India has during the past three decades faced the menace of cross border terrorism. Of late, terrorism in India is being actively encouraged by forces across the border. India has displayed both firmness and resilience in dealing with these challenges. The entire nation speaks in one voice to express its determination to fight these challenges. Today, we stand united in solidarity with our security forces in fighting terrorism and in defending the unity and integrity of India, it added.

Of the 49 security personnel killed in the IED triggered blast at Awantipura in Pulwama district, two from Odisha were also among the martyred jawans.