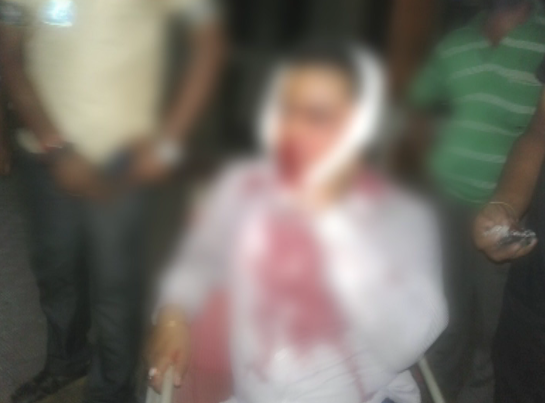 A youth leader of Biju Janata Dal (BJD) and his close associate were injured after unidentified miscreants opened fire at them near Tarinigada in Odisha’s Paradip on Sunday night. The injured were identified as Jyotikant Parida alias Bapu and his aide Ashutosh Swain alias Baba.

According to reports, two bike-borne miscreants fired at the duo at around 10 pm when they were returning home in a car. While Bapu sustained injuries in his chest, head and waist, a bullet penetrated Baba’s chest, sources said.

After primary treatment in Paradip, both were rushed to SCB Medical College and Hospital in Cuttack in a critical condition. As Bapu’s condition deteriorated further, he was shifted a private hospital in Cuttack.

While the reason behind the incident was yet to be ascertained, it is suspected that past enmity might have led to the firing. Police have started investigation into the incident and launched a manhunt to nab the accused.

Following the incident, police forces have been deployed at several places in the city to maintain law and order and avoid further untoward situation.

Plus II textbooks to feature syllabus and question bank