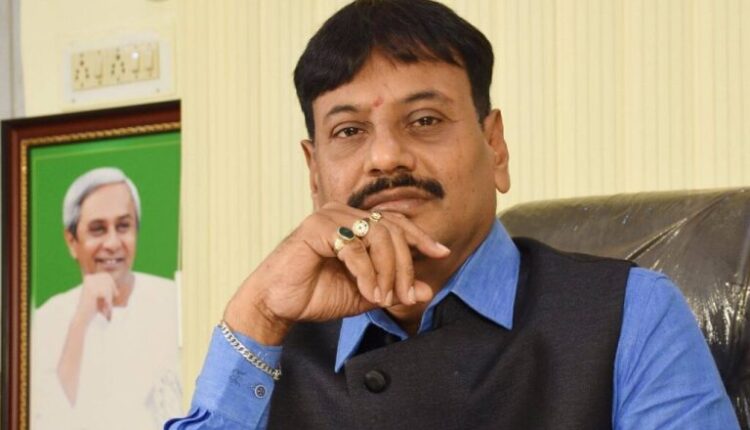 Bhubaneswar: Ruling Biju Janata Dal (BJD) MLA Prasanta Kumar Jagadev is yet again in news for wrong reasons. The legislator infamous for his ‘indecent’ behavior has landed in trouble as a Junior Engineer has filed a complaint against him.

The Junior Engineer Jagabandhu Sahu registered a complaint with Chilika Development Authority (CDA) over misbehavior by the local MLA over booking of ‘guest house’.

As per the hand-written complaint in possession with Sambad English, the legislator allegedly used filthy language and threatened to get Sahu beaten by his men for not obliging him.

The legislator’s family along with Banapur BDO’s family checked in to the government-run property late in the night. As per the tele booking, the staff gave the keys of room no 203, 204, 205. However, the MLA insisted on swapping it with room no. 201 and 202.

The MLA reportedly under the influence of alcohol got furious and used foul language against Sahu. This apart, the guests continued to consume alcohol till late into the night.

The aggrieved government employee has reported this matter to his senior authority seeking action against the MLA.

“We have received a complaint. We will write to the government as to what legal action can be taken against him,” said CDA CEO Susanta Nanda.

On the other hand, the MLA could not be contacted for his comments.

It may be recalled here that last year irate people had ransacked Begunia police station demanding action against Prasanta Jagadev for allegedly threatening a former Sarpanch.

The 51-year-old BJD leader was also accused of misbehaving with makeshift shopkeepers in Bhubaneswar last year, where the video of the incident went viral on various social media platforms.

Notably, despite such repeated incidents no action has been taken against him till date.