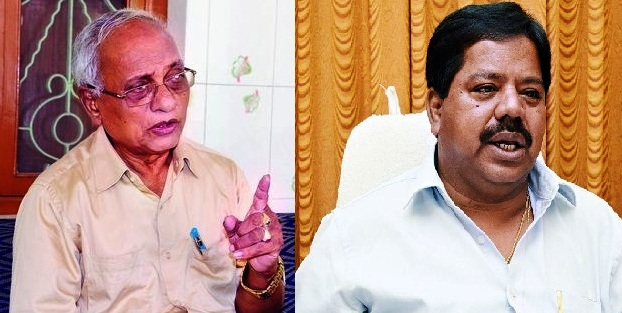 Bhubaneswar: While party hopping has become the order of the day this election season, the Biju Janata Dal (BJD) has managed to persuade two leaders – Ramesh Chandra Chyau Patnaik and Kishore Kumar Mohanty – by assuring them of party tickets who found no mention in the first list of contestants for the upcoming polls.

As a damage control exercise, the party leadership has decided to give Rajya Sabha ticket to Chyau Patnaik. A party insider revealed that the veteran leader has been assured to be nominated to the upper house of the parliament. The doctor-turned-politician was invited to Naveen Niwas for a meeting where former Congress leader and Union Minister Chandra Sekhar Sahu was also present. After the closed-door meeting, the party has decided to send Chyau Patnaik to Rajya Sabha, the source revealed.

Similarly, WODC Chairman Kishore Mohanty who has been replaced by former Congress Jharsuguda MLA Naba Kishore Das has been assured of a party ticket. The party has decided to field Mohanty from Brajarajnagar assembly seat, the source close to the development said.

Leaders cutting across party lines are switching affiliation ahead of the 2019 polls, giving major heartburn to the top leaderships. While it is next to impossible to appease every dissident, BJD is taking calculated risk to minimize the dent. However, former Congress leader Anup Sai, who had joined BJD just before 2014 elections, may not secure a party ticket to contest polls this year. He had lost to BJP’s Radharani Panda in the last election.

On the other hand, Kandhamal MP Pratyusha Rajeshawri Singh has threatened to contest polls as an Independent candidate after Rajya Sabha MP Achyuta Samanta was picked to contest from Kandhamal parliamentary segment.

The widow of former Nayagarh MLA Hemendra Singh today met the party supremo at his residence here where she reportedly expressed willingness to contest elections from Nayagarh assembly segment. Party has, however, not taken any decision in this regard, sources expressed.