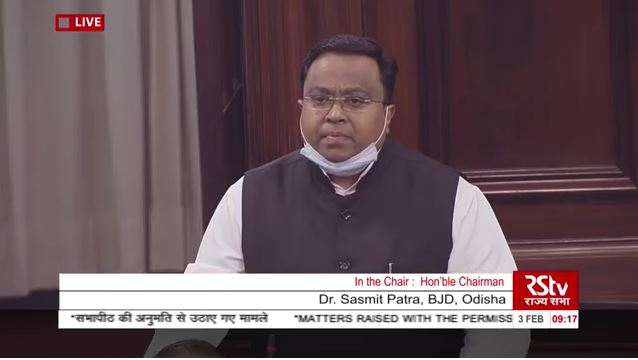 Speaking in Odia, Patra reiterated the demand for inclusion of Sambalpuri, Kosali and Ho languages in 8th Schedule of the Indian Constitution. Patra also raised the demand for establishment of second AIIMS hospital in Odisha in Sundargarh district, Odisha Vidhan Parishad and Shree Jagannath International Airport in Puri.

“Issues of coal royalty, clean energy cess and coastal highway are pending as well. Hope the Centre would take due action to expedite the pending issues,” said the MP.