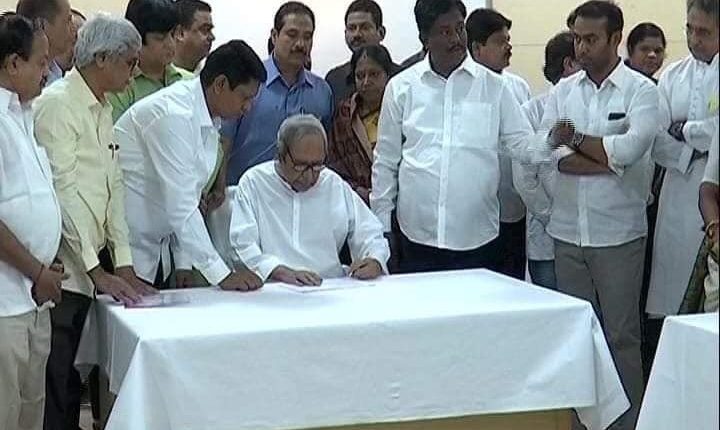 Bhubaneswar: Biju Janata Dal (BJD) Supremo Naveen Patnaik today filed his nomination papers for election to the post of the president of the ruling party.

With 10 proposers and 10 supporters, Patnaik submitted his nomination before the returning officer at party headquarters here in presence of several senior leaders.

“The prime agenda of BJD is development. With programmes  like Mo Sarkar and 5T, we will work for further progress and development of the people of the state,” said BJD MP Sasmit Patra.

The first four phases of the triennial elections have already concluded and the party has declared names of 33 organisational district presidents. Results of the final phase election will be declared on February 26.

Patnaik, the founder president of BJD, is likely to be elected to the post unopposed.