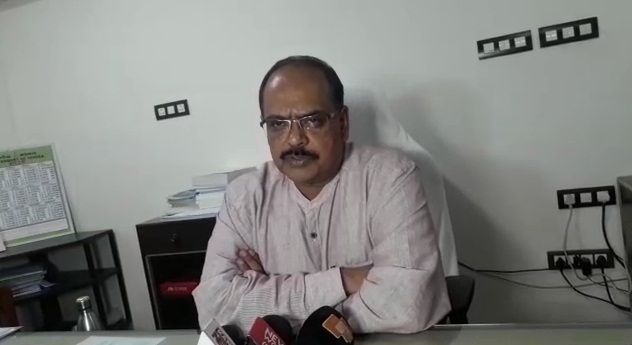 Bhubaneswar: A Biju Janata Dal delegation today met the Chief Election Commissioner to impress upon that the Bharatiya Janata Party is violating the model code of conduct.

The BJD alleged that BJP leader Baijayant Panda is using video vans in Kendrapada district without the permission of Election Commission. Besides, it alleged that no action was being taken on hoardings by Petroleum and Natural Gas companies in violation of the model code of conduct.

“It has come to our notice that BJP leader Baijayant Panda is using a number of video vans in Kendrapada district without the permission from Election Commission. While model code of conduct stipulates that all campaigning vehicles must have mandatorily permissions from the Election Commission prior to being commissioned for campaigning, in the case of BJP leader Baijayant Panda exceptions are being made which is unfortunate and violates the model code of conduct,” the delegation said.

“We would like to bring to your kind notice that strict and immediate action is taken against BJP leader Baijayant Panda for using video vans without permission from the Election Commission as mandated by the model code of conduct.” It added.

It submitted photographs of places along Bhubaneswar-Puri Highway where hoardings are promoting surrogate advertising.

“If 15 kilometres from Bhubaneswar, this is the situation you can well imagine what is happening across the state. The very nature of democratic elections is being tarnished and a free and fair election is in grave danger due to such inaction,” it further said.

Alleging inaction by the Commission over BJP’s ‘Intel report’ on Naveen Patnaik’s candidature from Hinjili, the BJD further said: “We condemn this inaction and believe that justice delayed is justice denied as the elections are going on and in a month’s time will be over. Therefore taking action will lose its relevance and context. We are again demanding before you to take immediate steps in this regard. Otherwise a free and fair election will only be restricted to lofty words, having no connect with the reality.”