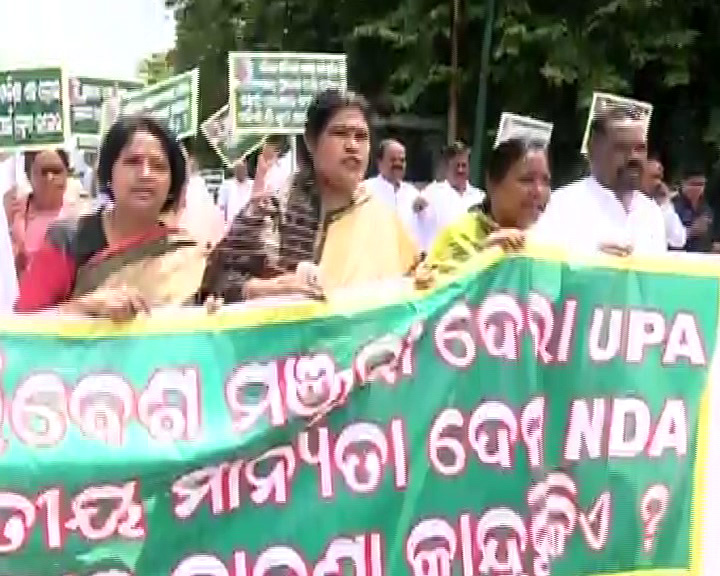 Odisha’s ruling party-BJD today held a massive protest rally on the twin issues of Mahanadi water dispute and Polavaram and submitted a memorandum addressed to the President of India through the Governor seeking directions to the Union government on the matter.

BJD leaders raising slogans against both Chhattisgarh and Central governments marched in a massive rally from the State Assembly premises to the Raj Bhawan.

“On the Mahanadi issue, we are demanding for an immediate halt to Chhattisgarh’s ongoing constructions on the river. Since we didn’t get concrete commitment from Union Water Resources Minister Uma Bharti at the tripartite meeting in Delhi for halting constructions despite our demand for the same at the meeting and our Chief Minister’s request to the Prime Minister for immediate intervention in the matter we, therefore, seek immediate directions from the President of India to the Union government to immediately stop those illegal constructions which have been admitted by their Minister in the Parliament. These projects are being constructed in violation of the norms of CWC and  MoEF,” said Debi Prasad Mishra, Minister Industries who had taken part in the protest rally.

Brad Pitt-Angelina: The split of all splits in 2016