BJD stages protest before PSUs over unemployment in Odisha 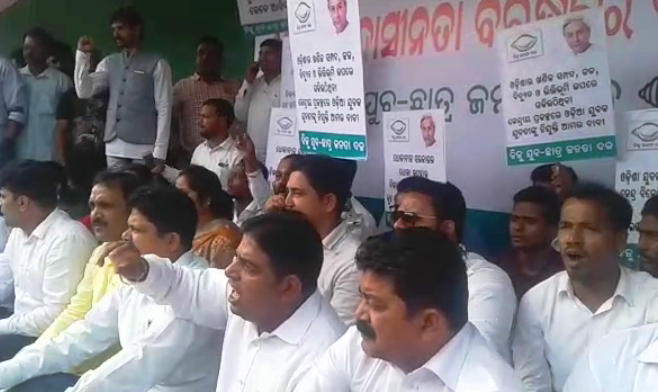 Bhubaneswar: As part of its three-day protest against unemployment in the State and holding the BJD-led NDA Government at the Center for it, BJD today staged demonstrations in front of offices of all public sector undertakings (PSUs) in Bhubaneswar and Paradip.

Holding banners and shouting slogans, activists of BJD’s youth and student wings staged demonstration in front of PSUs, including Nalco and MCL offices in Bhubaneswar and IOCL plant in Paradip.

The activists alleged that in its 2014 poll manifesto, BJP had promised to create 10 crore jobs in five years (two crore every year) in Odisha. However, it has failed to keep its promise after coming to power betraying lakhs of unemployed youths in the State, said a party member.

“The BJP at the Centre has remained indifferent to the demands of providing employment to local youths in several PSUs that are abundantly using the mineral resources of Odisha,” he added.

Earlier on November 5 and 6, the youth and student wings of BJD staged similar protest in southern and western Odisha.