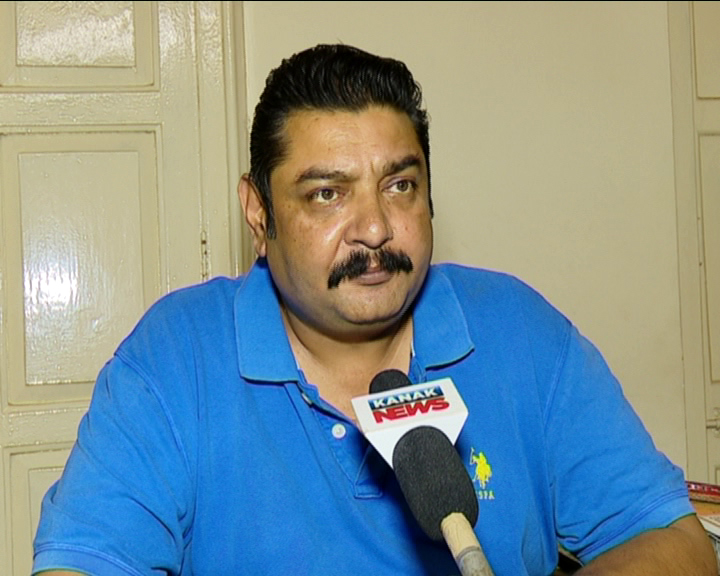 While the BJP has been taking potshots at Odisha Chief Minister Naveen Patnaik for inducting tainted men in his Council of Ministers during the recently held ministries reshuffle, the BJD today smartly lobbed the ball back in the BJP’s court.

BJD spokesperson Pratap Keshari Deb today indirectly asked the BJP how it has admitted Jayaram Pangi into the party against whom they had taken to the streets demanding CBI probe for Pangi’s alleged involvement in the sensational Itishree Pradhan murder case. Deb said the saffron party had even accused the Chief Minister of shielding Pangi.

“I would like to request our Kendrapara MP Baijayant Panda to first ask this question to the BJP before asking it to us. Will he ask the BJP that how they have taken Jayaram Pangi against whom they had taken to the streets demanding CBI probe against him in the Itishree Pradhan case. They had even accused Chief Minister Naveen Patnaik of giving protection to Pangi,” said Deb while responding to reporters on party MP Baijayant Panda’s today’s tweet.

BJP state unit office-bearers and Union Minister Dharmendra Pradhan have been criticizing Naveen Patnaik for inclusion of tainted persons as ministers in his Council of Ministers ever since the recently concluded ministries reshuffle.

“Naveen’s new Revenue Minister has allegations against him for grabbing Swargadwara land which is so dear to crores of Odia people for its religious significance. The Law Minister is himself embroiled in illegalities as cited in the media. A newspaper from Odisha has carried a cartoon on the capable Minister hailing from the Chief Minister’s home district who has filed a case against the government for evicting him from a piece of land which he had encroached. These issues have been raised by the media and not by political opponents,” Union Minister Pradhan had stated today at the press conference after induction of Jayaram Pangi, a former MP of the BJD into the saffron party.