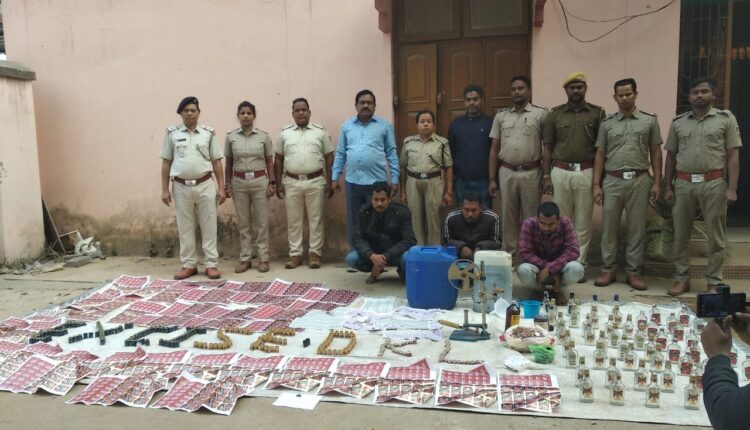 Along with the dalit leader, his relative Susant Dalei, who is the Constable of Jakhapura Police Station in Jajpur district, was also arrested by the Dhenkanal Excise squad.

According to reports, Subash Majhi had won the Zilla Parishad seat on BJD ticket with a large number of votes in Panchayat Elections last year. He and his relative Susant Dalei were operating a spurious liquor manufacturing unit at Bhuban area in Dhenkanal district.

By the order of Dhenkanal Collector, a joint team of excise officials of Kamakhyanagar, Parjang and Gandia on December 2 night conducted raid on the spurious liquor unit and seized spurious foreign liquor, liquor packing machine and stickers worth lakhs.

The squad managed to nab the BJD leader from the spot. All two accused persons have been taken to Dhenkanal.

The raid was conducted in presence of Dhenkanal Deputy Superintendent Sitarani Patnaik.