BJD’s hooliganism during hartal upsets many in Odisha 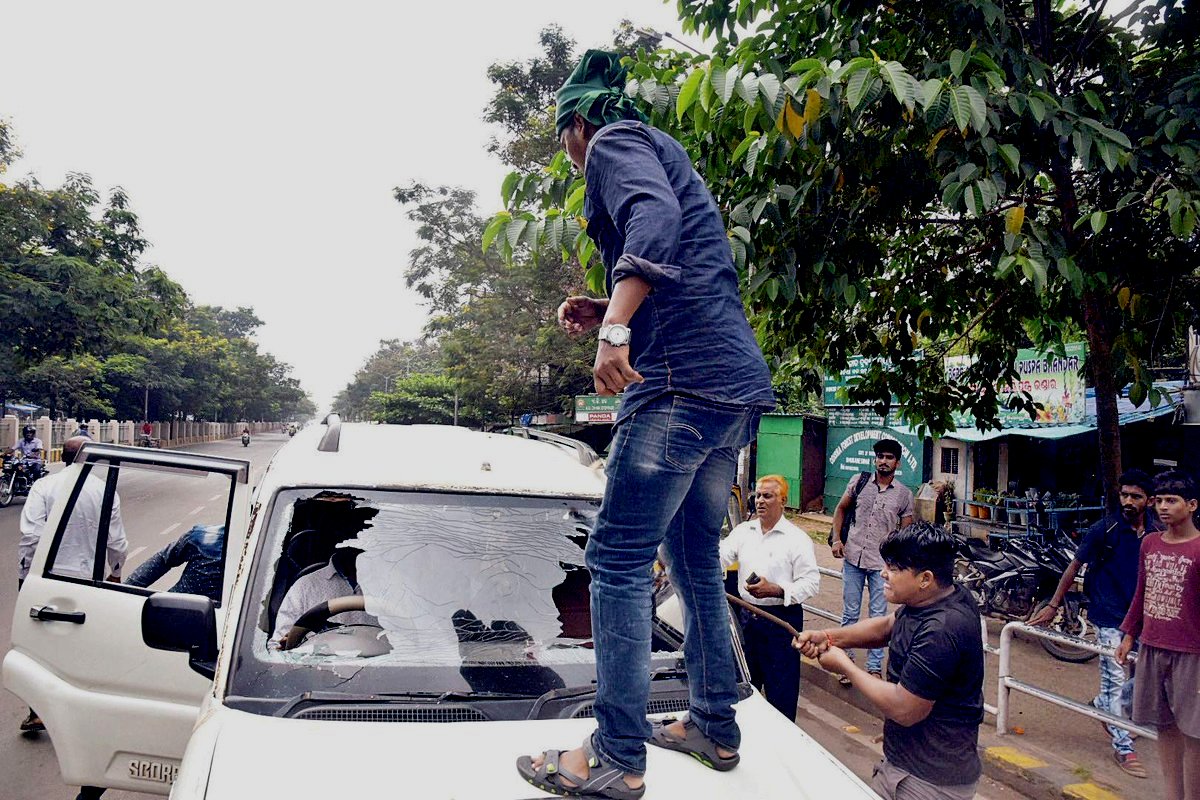 Bhubaneswar: The unmorphed images and visuals of the violent observance of BJD sponsored hartal in Odisha going viral on social media platforms has evoked sharp reactions from the youth.

The tormenting experience of people venturing out to attend to urgent work were shared on various platforms and has got enormous sympathy from Twitterati. At the same time, the youth have censured the ruling party for hooliganism of its workers.

@Naveen_Odisha , can we be sensitive to such issues , ur issues are imp than somebody’s life . #Stopgundaism pic.twitter.com/Ouaple9m4k

@Outlookindia you have given bes administration award to @Naveen_Odisha did you know what all happened yesterday? Violence, attack and so on

Sensible enough, senior party leader Dr Damodar Rout has condemned the reports of violence during hartal which was supposed to be peaceful.

Also Read: Woman tweets Odisha CM to have lost respect for him

“There should be independent inquiry into the violent incidents during statewide hartal yesterday. BJP activists might have been involved in creating disturbance. Our party had announced to protest peacefully. I express my regret over people’s violent behaviour,” Damodar Rout said.

A day after the incident, Opposition BJP today staged protests outside SP offices across the district headquarters in the state. The district unit leaders have staged demonstrations at respective districts.