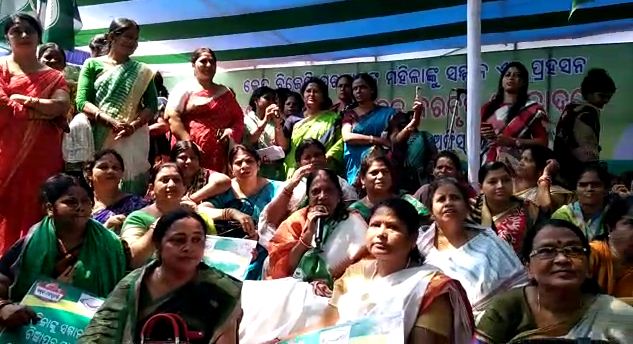 Bhubaneswar: Activists of Biju Mahila Janata Dal, women’s wing of ruling BJD, today staged demonstration in front of the IOCL office in Odisha capital protesting hike in price of cooking gas and irregularities in selection of beneficiaries under the Pradhan Mantri Ujjwala Yojana.

In a press meet yesterday, Mallick had said the Ujjwala Yojana is a total failure in the state as people who have got connections under the scheme are not refilling their LPG cylinders.

She also alleged large-scale irregularities in selection of beneficiaries under the scheme saying that free connections have been given to ghost beneficiaries and people who already have LPG cylinders.

Mallick also came down heavily on the Centre for increasing price of cooking gas. She said those who have got free LPG connection are finding it difficult to refill their cylinders due to high price.