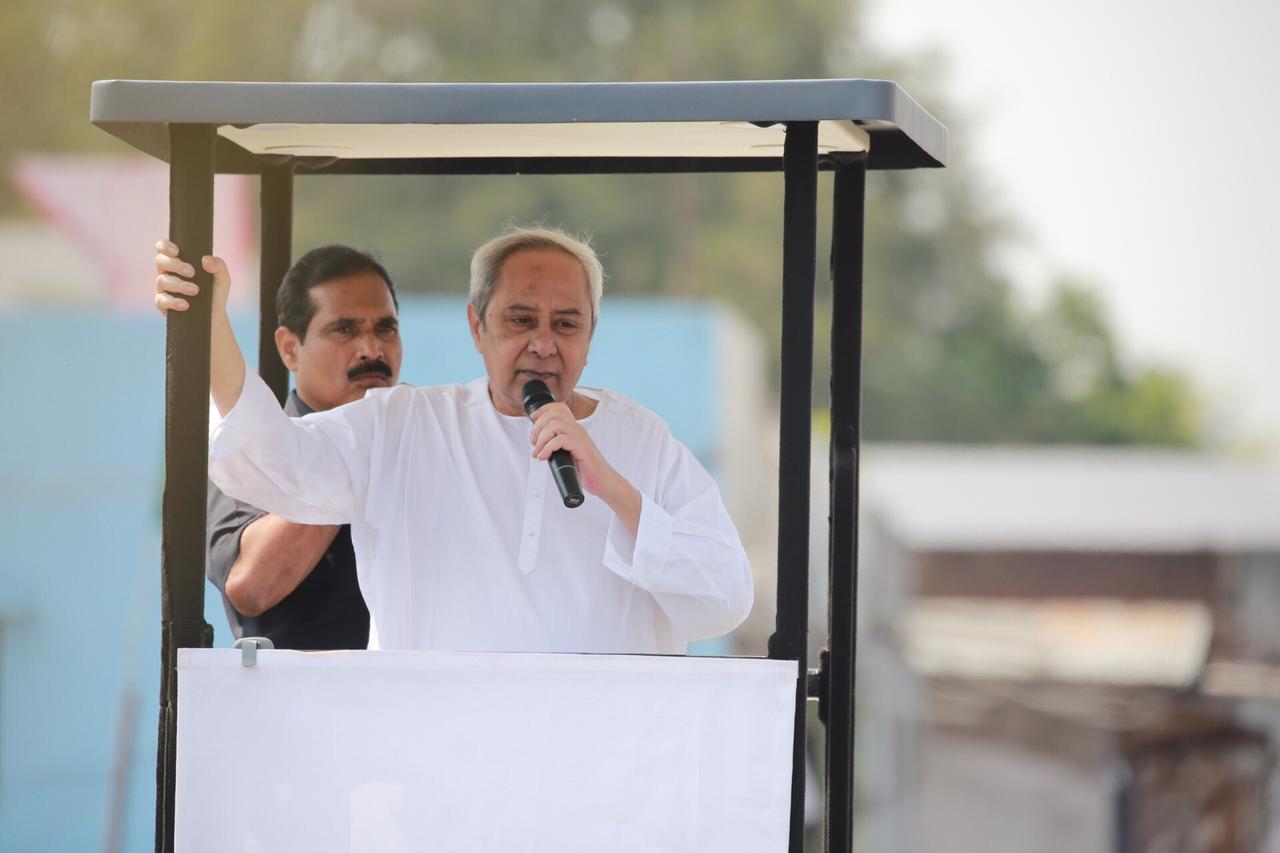 Berhampur: Addressing an election rally in Dharakote of Ganjam district, BJD President and Chief Minister Naveen Patnaik today launched a scathing attack on BJP and Congress alleging that both the parties are trying to ‘destroy’ peace in the district.

Patnaik said Ganjam is the land of Kabi Samrat Upendra Bhanja and its people are peace loving. But both BJP and Congress are trying to ‘disturb’ peace in the district.

He said, “BJP and Congress have given candidature to persons with criminal antecedents. Criminals who are currently on bail have been given tickets by both the parties,”

“But I will not let them destroy peace in the district. Aska Lok Sabha was Biju Babu’s Constituency. I started my political career from Aska only,” Patnaik said exhorting the people to cast their votes for the party candidates in the elections.

Earlier in the day, the BJD chief attended a pubic meeting in Kandhamal to campaign for the party candidates. Highlighting various welfare schemes by his Government, the CM said ‘Mission Shakti’ is his favourite scheme and the party has given priority to women and girls in its 2019 poll manifesto too.