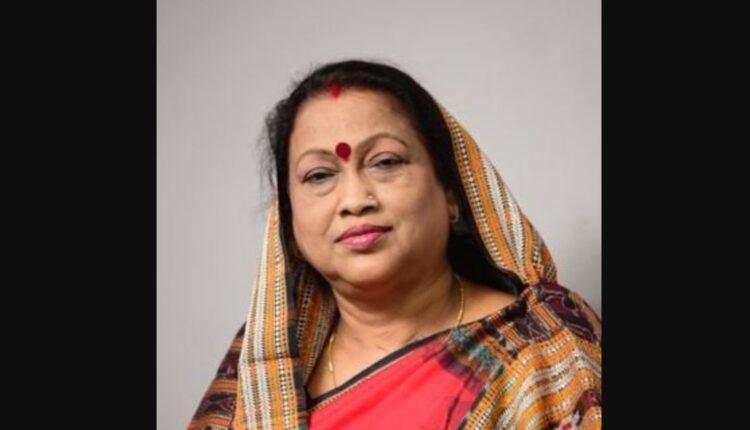 Bhubaneswar: The BJP today fielded Radharani Panda as its candidate for the bypoll to Brajrajnagar Assembly Constituency in Odisha’s Jharsuguda district.

Former Brajrajnagar MLA Radharani Panda was elected to the Odisha Legislative Assembly from the constituency in 2014 polls. She had defeated BJD candidate Anup Kumar Sai in the election to emerge victorious. However, Panda lost to BJD’s Kishore Kumar Mohanty in the 2019 polls.

As per the notification of the State Election Commission, the bypoll will be held from 7 am to 6 pm on May 31. The counting of votes will take place on June 3. The entire election process will be completed by June 5.

Notably, the bypoll was necessitated after the death of Brajrajnagar MLA Kishore Kumar Mohanty on December 30, 2021 due to cardiac arrest.

EVMs and VVPATs will be used in the bypoll.