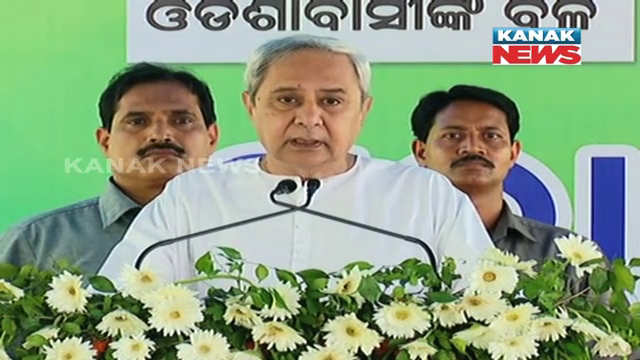 Addressing the party workers and elected representatives from 15 districts at BJD symposium on Mahanadi water dispute at party office here, Patnaik said, “Even if Chhattisgarh government claims that the Mahanadi water is released to the lower catchment area, you all see Mahanadi has been dried up. This is the duty of our party to go to the people and make them realise that the BJP government at Centre and Chhattisgarh has blocked Mahanadi water depriving Odisha to suffer.”

Talking about the efforts made by the BJD government, he said, “Our government had tried for the tribunal. When the Centre did not give its nod, we moved the Supreme Court seeking tribunal to resolve the water dispute between Chhattisgarh and Odisha. Now with the directive of the apex court, the tribunal has started working to solve the matter. The tribunal was formed by the efforts of Odisha government.

He said that the state government has launched a programme called ‘Green Mahanadi’ under which lakhs of trees will be planted on both sides of Mahanadi River to save it.

Speaking on the occasion, Soumya Ranjan Patnaik, who recently joined the party and got elected to Rajya Sabha as the MP, said, “This is the golden opportunity for us to prove how the progress of a state will be disrupted if the Centre will not show favour towards it in the federal structure.”

“As we are in a regional party, we can never come to power at Centre. It means we will always be in worst condition than an adopted child and we can never be a part in the federalism from our differences in political ideologies.”

In view of central negligence, the Rajya Sabha MP extorted the party workers to work together and fight the upcoming elections on Mahanadi issue.

“The BJD workers have regained self confidence after Bijepur bypoll. We will ask the BJP, what is bigger for you, state or party? If state is greater for them, why they are fighting for other state on Mahanadi water, he asked.

“I have a proposal for Union Minister Dharmendra Pradhan. If he wants to go to the Parliament, we will leave one seat for him. I am ready to leave my post, he may fight in the Parliament to prove that the state is more important to him rather than the party,” he added.