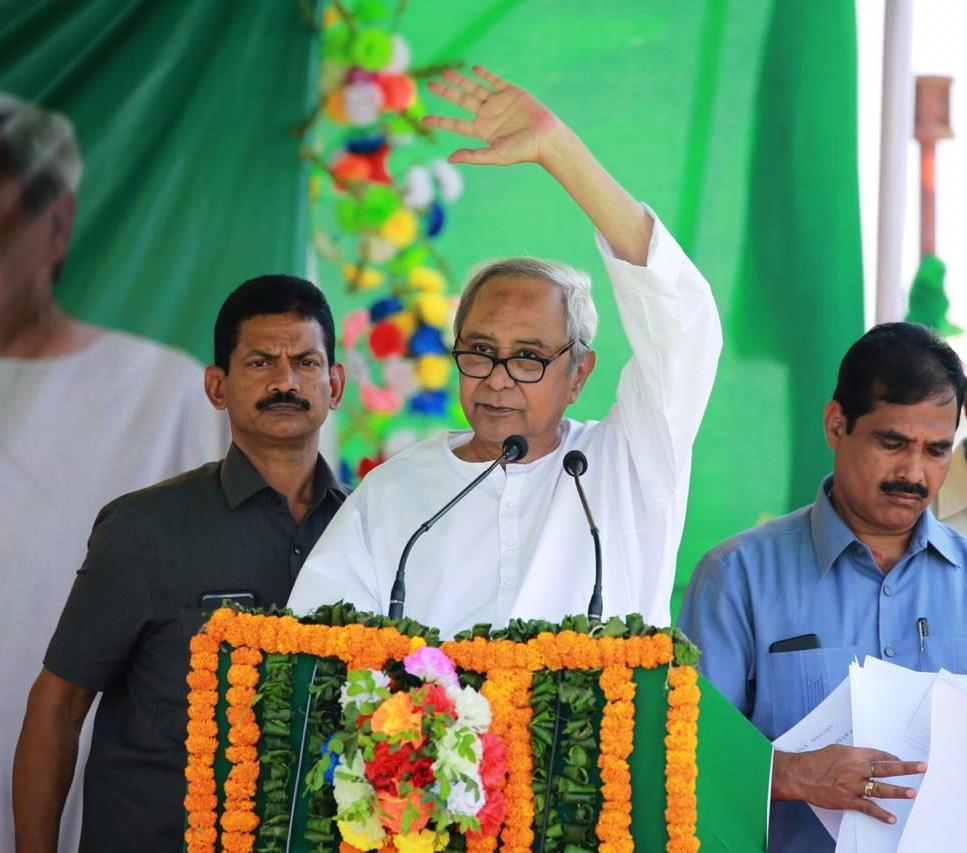 Bhadrak: Chief Minister Naveen Patnaik today launched a scathing attack on the Bharatiya Janata Party (BJP), which seems more confident to script history in the elections, for its ‘anti-people’ policy.

“In 2014 polls, the BJP was given mandate for development. But, it has lost people’s trust in past five years,” said Patnaik at his address during election campaign in Bhadrak district.

He criticised the BJP-led Centre’s demonetisation and GST policies terming those as ‘anti-people’ for which the national party is losing polls in every State.

“The poor remained poor due to demonetisation and the youth lost earning because of implementation of GST. The BJP did nothing for farmers for which the party is losing the battle in every election,” the BJD Supremo said.

Reacting to Central leaders’ double engine concept, he questioned, “Why did BJP lose the polls in the States like Rajasthan, Chhattisgarh, Madhya Pradesh and Punjab that had double engine?” adding “Despite extensive campaign for Gujarat model, the party also lost the elections in that State. In fact the party is losing the polls everywhere in the country”.

Patnaik took on the Centre over its negligence towards Odisha during period of natural calamities.

“During flood, drought and series of cyclones such as Phailin, Hudhud and Titli that devastated Odisha, nobody from Centre did visit to Odisha. Now, they are frequent to the State during election season to woo voters,” he alleged.

The CM also targeted the Centre for disrupting the KALIA money disbursement in the State.

“Total 40 lakh farmers have been benefited under KALIA scheme. But, the Centre is conspiring to stop the programme,” he said.

He assured that the scheme will continue and two-installment of KALIA money will be credited to the beneficiaries’ accounts at a row on the first day of formation of his government in Odisha.

He once again termed people of Odisha as his ‘family’. He concluded his speech saying, “I am always with you and will be with you till my last breath.”

Earlier in the day, Patnaik had addressed a public gathering at Khaira block under Simulia Assembly Constituency in Balasore district after exercising his voting franchise in Bhubaneswar in third phase of elections 2019. Later, he attended a public rally at Basudevpur in Bhadrak district.