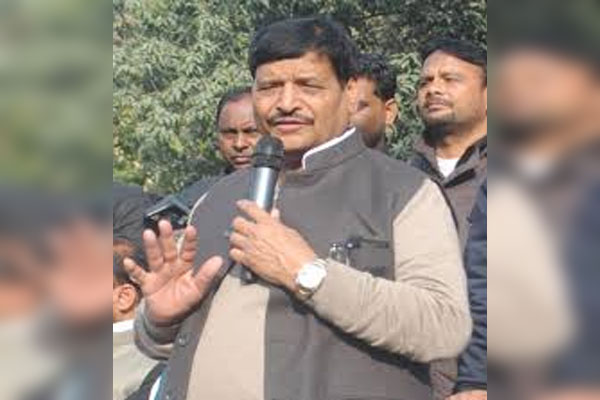 Uttar Pradesh:  Pragatisheel Samajwadi Party Lohia (PSPL) president, Shivpal Singh Yadav, has said that the BJP had invited him to join the party when he fell out with his nephew and Samajwadi Party President Akhilesh Yadav.

“However, I thought it better to form my own party rather than join the BJP,” he told reporters on Monday.

He said he felt that it was the right decision to form his own party even though some people still refer to him as the ‘B’ team of BJP.

“The present state of BJP is known to all. The ruling party is facing opposition from all quarters and has proven to be failure on all fronts,” he said.

The PSPL leader said that everyone knows the nature and behaviour of Bahujan Samaj Party supremo Mayawati.

“She insulted Netaji (Mulayam Singh Yadav) although he remains the most acceptable leader across party lines. If BSP MLAs are breaking away form the party, Mayawati should introspect what has gone wrong with her party and policies,” he said.