Bhubaneswar: The Bharatiya Janata Party (BJP) has issued a list of 40 leaders who would campaign for party’s candidate Suryabanshi Suraj Sthitaprajna in the Dhamnagar by-election in Odisha, scheduled to be held on November 3.

Notably, by-election is being held for Dhamnagar Assembly seat due to the death of sitting MLA Bishnu Sethi. Sethi had won the Assembly segment on a BJP ticket in 2019. 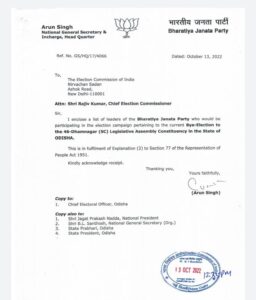 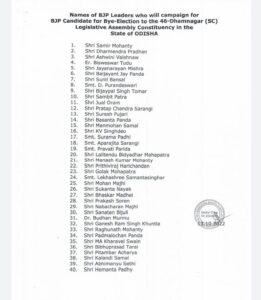