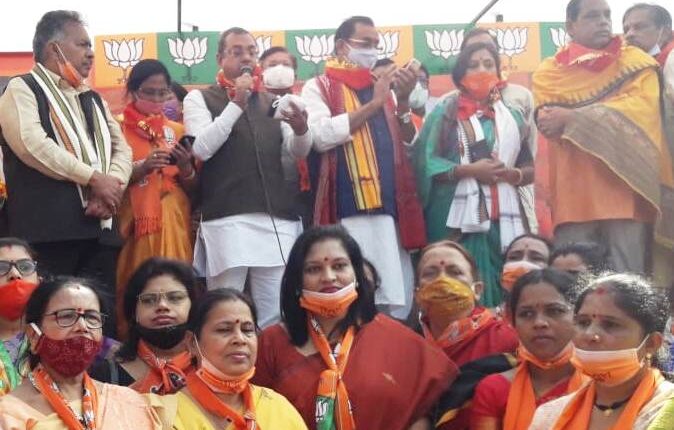 Bhubaneswar: Mounting pressure on the ruling BJD government over alleged murder of a minor girl in Nayagarh district, the State unit of Bharatiya Janata Party (BJP) today kickstarted a 5-day long padayatra from Bhubaneswar demanding justice for the bereaved family.

A team of BJP leaders including party’s national spokesperson Sambit Patra and state president Samir Mohanty began the padayatara from the Lingaraj Temple in the morning. The party will hold a meeting at Jadupur in Nayagarh district after concluding the padayatra on December 24.

Pari murder case: Accused tried to have sex with victim…

A source in BJP said that the mega rally will be launched in all the 147 Assembly constituencies from today to mobilise a public debate on the disturbing trend of missing children in Odisha.

The party has been accusing the State Government of shielding minister Arun Sahoo, who is protecting the main accused in minor girl murder case in Nayagarh.

The saffron party questioned as to why the minister has not yet been brought under purview of the investigation, which is being carried out by the SIT.