BJP leader’s son in trouble for explosive haul in Odisha 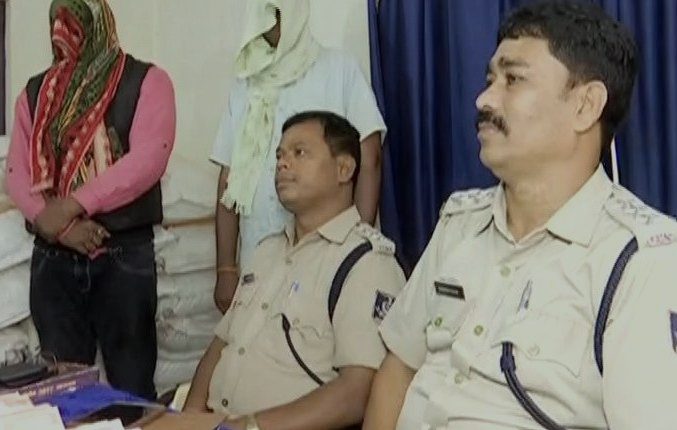 Balangir: Police have arrested two persons including a son of a BJP functionary in connection with the huge haul of explosives from Sadeipalli under Sadar police limits of Odisha’s Balangir district.

The arrested are Mahesh Agrawal and Sudam Mahalinga of Sadeipalli, police said.

Mahesh and Sudam were arrested on Wednesday while they were illegally transporting explosive substances.

“I am no way connected with this business. My father Murarilal Agrawal runs it. He is the BJP’s Kantabanji Nagar unit president,” stated accused Mahesh Agrawal responding to queries of reporters.

“We have registered a case under Explosives Substances Act. Two persons-Mahesh Agrawal and the person who was in possession of the materials-Sudam Mahalinga have been arrested. Besides, we have seized Rs 2, 32,155 in cash which is sale proceeds of the explosive materials as they were selling these materials, evidence of which is available with us,” told Balangir Sub Divisional Police Officer (SDPO) Narayan Nayak speaking to reporters at a press briefing here today.

Nayak added that the seized materials are worth over Rs 10 lakh.

Be spoilt for choice at Melange