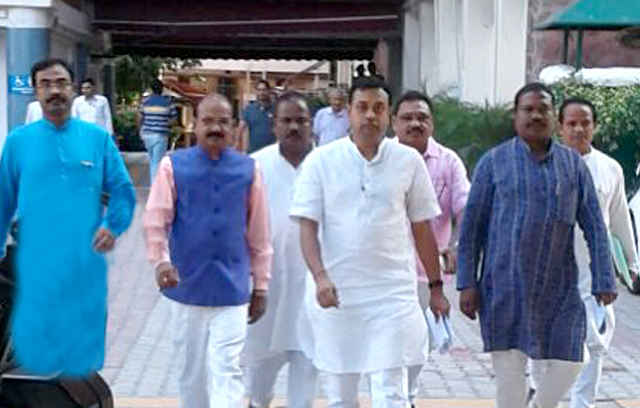 New Delhi: Alleging irregularities in disclosure of poll expenditure in the 2014 elections by Odisha Chief Minister Naveen Patnaik in his affidavit to the Election Commission (EC), a delegation of the Bharatiya Janata Party (BJP) today met the Commission here and submitted a memorandum demanding disqualification of Patnaik’s membership from the Odisha Legislative Assembly.

The BJP delegation was led by the party’s national spokesperson Sambit Patra. Patra was accompanied by Rabi Nayak, Debendra Mohapatra and Karendra Majhi among others.

“Furnishing wrong information in an affidavit is a grave crime. Naveen babu has committed crime. He has misled the Election Commission. Therefore, we have prayed the Commission to declare his membership of the Odisha Legislative Assembly invalid,” said Patra to reporters after submitting his party’s memorandum to the Commission.

Ask Nitish if he will still support Gopalkrishna Gandhi: Congress