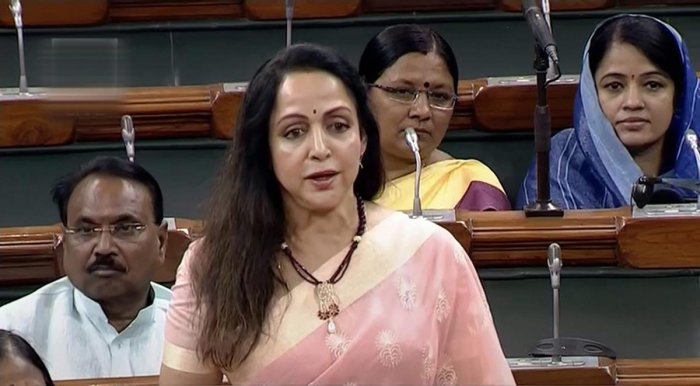 Talking to media persons in the Parliament House Complex, BJP MP and film actress Hema Malini said that it is good that a grand Ram temple is being constructed in Ayodhya, a grand corridor has been constructed in Varanasi and now it is time for a grand Krishna temple in Mathura too.

But she did not say how it will be built. She said that Prime Minister Modi and Chief Minister Yogi Adityanath will see how it will happen. “But all I have to say is that it should be built with love,” the Mathura MP said.