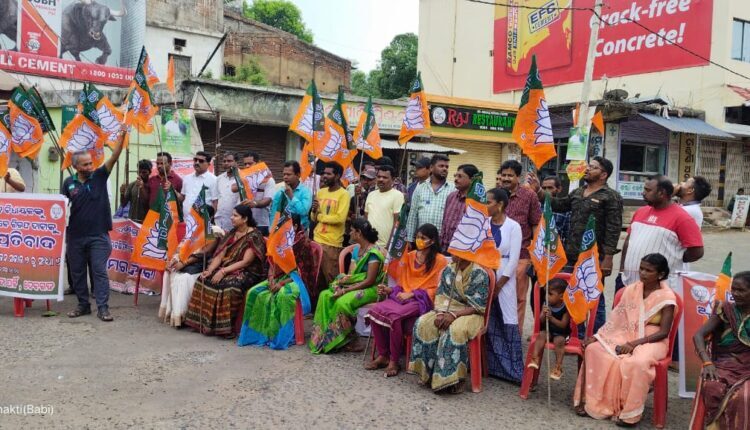 The agitators resorted to picketing and road blockade during the bandh from 6 am to 6 pm. While vehicular movement was affected due to the bandh, shops and business establishments remained closed here.

However, emergency services and vehicles carrying students for examinations were excluded from the ambit of the bandh.

The BJP MLA’s two associates– Akalu Dhal and Kumarmani Sahoo– were also held by the police.

The BDO had accused the legislator of thrashing him and filed an FIR. The MLA had also lodged an FIR alleging that the BDO misbehaved with him when he had gone to meet him for some public work.

Though Panigrahi has first filed the FIR alleging he was misbehaved by the BDO, police, instead of taking action against the BDO, have arrested the MLA, alleged Majhi.

BJP leader and Union minister Dharmendra Pradhan too criticised the government over the arrest of his party MLA.

“When action as per law is being taken against the BJP MLA Panigrahi, the Odisha BJP, instead of condemning his violent behaviour, is very unfortunately protecting him and his misdeeds,” Mohanty said.

The Biju Janata Dal (BJD) always stands for the rule of law and for the law to take its course, he added.